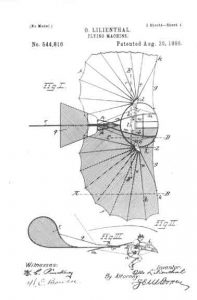 Dwarven ingenuity and gnomish obsessive curiosity are the perfect accoutrements needed for the aviator prestige class. These reckless few reject the notion that the gods intended flight only for those with wings. The aviator’s life-long pursuit is to fly, spending his dying days emulating the birds of the air.

Unfortunately, this high-risk calling means for some, those dying days often come too soon.

Others find that the aviator prestige class complements their ranged abilities—no need to worry about obstacles and cover! Any class can benefit from these new heights, but rangers and wizards excel as aviators.

Soaring high above the earth provides a semblance of peace and calm. You quite often go unnoticed, and aerial espionage has captivated many a rogue…


Role: Through the careful study of how things fly, you design flying machines, giving you access to an unchartered realm. This provides new perspective and brings a whole new dimension to ranged combat.

Alignment: Although aviators can be of any alignment, most are most concerned with the fancy of flight itself and, thus, tend to be neutral with regard to everything else.

To qualify to become an aviator, you must fulfill the following criteria.

Sign of the gods (Ex) At 1st level, you create basic flying machines such as kites. These kites can be sent high above the field of battle. For some primitive cultures, their presence could signify a message from the gods. Augmented with magic, such as the cantrips light or prestidigitation, or equipped with a noise-making device, such as Aeolian strings, they may cause even the most intelligent field marshals to wonder if the gods are displeased.

Enemies seeing this sign are frightened (Will DC 10 + 1/2 your level + your Int modifier). Those with Intelligence of 10 or higher are immune from these effects.

Up and Away (Ex) At 2nd level, You are able to use kites to perform aerial reconnaissance. You can link several kites together in order to lift objects of 100 lb. or less (this includes small humanoids). By doing this, you can survey the battlefield from above the tree line. This provides knowledge of enemy positioning. It does not reveal those who have total concealment from above. (Note: having total concealment behind a group of rocks does not mean you can’t be seen from above.)

Due to advanced knowledge of the battlefield, you gain a +3 bonus to Perception and Stealth checks for the next round. In addition, you are not initially caught flat-footed. The bonuses decrease by 1/round thereafter (that is, +2 in the second round, +1 in the third, and so on).

Death from Above (Ex) Starting at 3rd level, you design flying machines in such a way that you can drop basic weapons such as daggers or vials of acid. (As you advance in level, see bird’s eye view ability, you are able to man these flying machines and drop the weapons yourself.)

As you increase the altitude of the flying machine, falling projectiles also deal extra damage although they are still subject to range increments). For every 10 ft. a projectile falls, you add an extra 1d6 to the weapon’s damage: for example, at 6th level, you fly 30 ft. above the field to drop daggers for 1d4+3d6 damage on each hit.

At 3rd level, you can drop basic implements such as stones and daggers with accuracy. Stones are considered improvised weapons.

At 6th level, you can drop alchemical solutions, such as acid and alchemist’s fire.

At 9th level, you have developed the technology to drop more dangerous things, such as oozes and slimes. Some gnomes have created slime sprayers that do massive area damage, and there have even been reports of gnomes dropping rust monsters to diabolical effect.

Bird’s Eye View (Ex) You spend your time studying flight. You begin by studying flying creatures and, then, through trial and error. By 4th level, you use your knowledge to take to the air yourself, first on the backs of creatures of flight—such as giant eagles and hippogriffs—and then in flying machines.

The maneuverability of your animal or machine mount increases by one category: from clumsy to poor, from poor to average, from average to good, and from good to perfect.

Air Combat (Ex) Normally, combat during flight incurs a −2 penalty to attack and damage; however, at 5th level, you no longer incur these penalties although you are limited to 1 attack/round. Spellcasters gain +2 to concentration checks.

Dig Your Heels In (Ex) It’s tougher to dislodge you from your animal mount or machine craft. When your mount or machine is falling, you gain a +4 bonus to your Ride check. Instead of taking a soft fall, you “stay in the saddle.”

Improved Bird’s Eye View (Ex) The maneuverability of your animal mount or machine craft increases by two categories: from clumsy to average, from poor to good, from average to perfect, and from good to perfect.

Nick of Time (Ex) You use your knowledge of aerodynamics to avert disaster. When losing control of your mount or craft, you gain +4 bonus to Fly checks.

Improved Air Combat (Ex) At 9th level , you ignore the penalties for air combat and can use both hands to attack, assuming your animal mount or machine craft allows for hands-free flying. Spellcasters gain +4 to concentration checks.

Slow Descent (Ex) At 10th level, you are able to use your knowledge of flight to reduce damage from falling. This ability allows you to ignore 20 ft. of falling damage. If the fall is less than 20 ft., you land your animal mount or machine craft safely.

For some amazing flying devices to use with your new aviator character, check out  the article “Gnomish Flying Contraptions” in Kobold Quarterly #13.