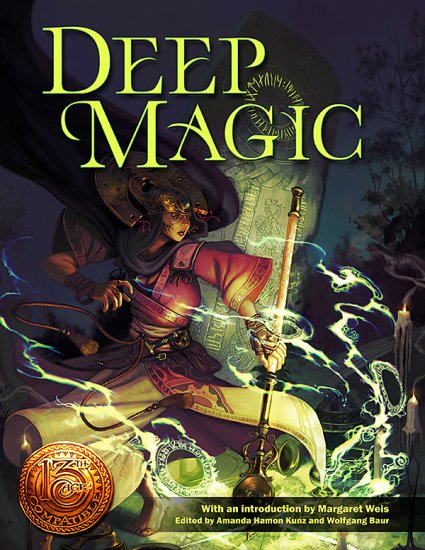 An Age of Wizardy has arrived!

Magic is everywhere. Whether it’s a hidden power wielded by a secret few or the energy that powers an entire realm, magic is a vital part of any fantasy world. And now its secrets are yours!

Now available from the Kobold Store, DriveThruRPG, Paizo and Amazon, Deep Magic: 13th Age Compatible Edition is for 13th Age players who want new options that allow them to bend reality to their wills and perform spectacular feats of sword and sorcery.

For GMs looking for new material, or players looking for character customization options, this massive tome is the book you’ve been dreaming of. Dive into Deep Magic today!