Skip to content
Home / Delve into the Depths in the Kobold Blog / Deep Magic: Dream a Little Maze of Doom 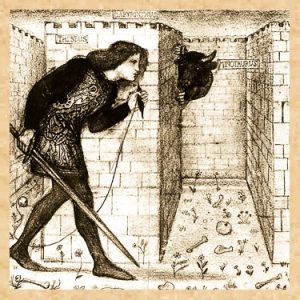 The second stretch goal for the Deep Magic Kickstarter is Labyrinth Magic. A few notes from the designer about this style of magic:

Minotaurs have always been one of my favorite monsters in the game, but the one problem is that mazes are actually quite tedious to explore. When Wolfgang asked me to write some spells for these iconic monsters, I wanted to make sure that I gave them some tools to actually make their labyrinth homes into an exciting encounter. Sure, you might know your way through the maze, but when the Minotaur can teleport you through walls, the twisting corridors become a part of the challenge.

That and I’ve always wanted a spell that gave minotaurs the ability to cause their horns to burst into flames. You can’t go wrong with that.

Jason Bulmahn is a veteran game designer whose work includes numerous books from Paizo, Wizards of the Coast, and his personal imprint, Minotaur Games. He is the lead designer behind the Pathfinder Roleplaying Game, and has won numerous ENnie and Origins awards for his work.

6 thoughts on “Deep Magic: Dream a Little Maze of Doom”