Skip to content
Home / Delve into the Depths in the Kobold Blog / Collection of Curiosities: Trapped in the Snow Globe 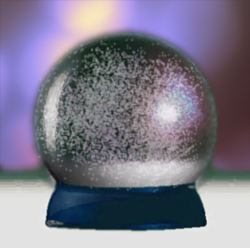 Shake up a snow globe, and you can create a snow-filled (other other-filled) environment for that which lies within the snow globe. But sometimes snow globes can serve as prisons. Who—or what—is trapped in the next snow globe the characters find? You can roll randomly for a result below, or use the handy number provided with each entry to figure out your result on a d12. You can also pick the one that works for the area in which your characters currently linger.

3 thoughts on “Collection of Curiosities: Trapped in the Snow Globe”