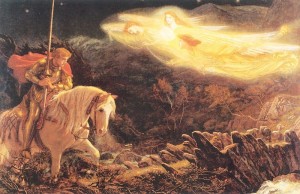 In my very first 4E D&D session, the first thing my DM said to us was, “Right. First house rule—you get a +2 bonus to skill checks that are relevant to the profession you had before adventuring.” This was several months before backgrounds were released in Dragon 366. It made me smile; it wouldn’t have felt like D&D without a house rule or two.

Apart from that initial game, I don’t think I have come across any other house rules as a player. Maybe it is because the system closely matches the needs of the people using it, maybe the balance of the game is so revered that people are reluctant to upset it, or maybe it is because a lot of the rules rest in the powers that players use and they can be house ruled on a case-by-case basis. If there are general rules that can be tweaked to make the game more fun, then unbalancing the game slightly should not stop you.

Breaking the 4th Wall is a series of articles that hopes to help you bend 4E into exactly the system that suits you. Over the next few articles, we hope to give you tools and advice to enrich your 4E experience.

Transition Scenes by Brian Liberge offers a way of mechanically incentivising players to roleplay, stealing a beat from storytelling games.

In Legendary Locations of Midgard: Dynamic Environments, Paul Baalham shows how to use disease tracks to keep track of how PCs are coping with a hostile environment.

The rest of this article discusses some house rules for 4E.

A natural 20 when rolling a minion’s attack can feel wasted. When this happens, double the damage dealt by the attack.

Each PC gets one action point each encounter. It is easier to track and allows PCs to feel more heroic. That said, some PCs are built so multiple effects occur when action points are used. This house rule effectively doubles the amount of times these moments occur, which can be unbalancing to the game, so keep that in mind. Another negative is that some DMs like giving action points as rewards for good roleplaying, writing session reports, and other activities, which would be meaningless with this house rule.

Some skill uses are listed as standard actions in the rules. To encourage improvisation, let them be used as minor actions so that players can still use a standard action as well.

If you find that your players take extended rests when they have used their daily powers despite having enough hit points and healing surges to carry on for a few more encounters, consider letting them have the opportunity to recharge their expended daily powers. After the first encounter, whenever initiative is rolled for a combat encounter, each player gets to rolls a d6 for each daily power they have used. On a roll of 6, they get the power back. This is definitely only suitable for certain types of groups, but can help elongate the adventuring day for them. The downside is that the party’s resources are less predictable, which may upset the plans of the DM.

A single d20 is placed in the middle of the table. It can be used to reroll any d20 roll, but only once per session and once per group. This can be great to help rescue a situation that looks lost.

These are only a selection of the house rules that would be possible in 4E. What house rules do you use in your 4E games? Let us know in the comments below.