Skip to content
Home / Delve into the Depths in the Kobold Blog / Behind the Spells: Color Spray

Behind the Spells: Color Spray is the first in a series produced for the Kobold Quarterly by Tricky Owlbear Publishing. For those unfamiliar with the series, “Behind the Spells” provides a historical background, secret effects, and related material to one of the classic spells of the world’s most famous fantasy roleplaying game. The rules are compatible with any 3.5/OGL fantasy game while the background subtly weaves the spell into the canon of the game’s previous three editions and provides numerous story ideas for the GM. 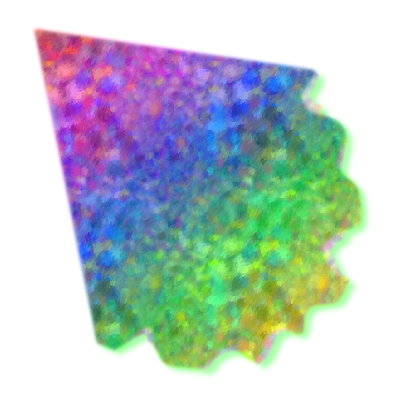 The narrator of each “Behind the Spells” installment is an ancient gold dragon named Maxolt Alberiim. Actually, Maxolt is the name of the human fighter-mage the wyrm wears as a disguise when he travels the land, but HTML won’t display Draconic characters properly.

We hope you enjoy these short forays into the histories of everyone’s favorite spells and invite you to peruse the rest of the “Behind the Spells” PDF series at an online vendor near you. For now, enjoy Color Spray! [More…]

From birth, the mind associates certain colors with emotions and experiences. Whether intelligent beings grasp these associations is a matter of debate but the connections are there nonetheless. Some colors soothe while others irritate or enrage. So did the creation of color spray evolve from careful research into color-emotion theory? Not quite.

Our story focuses on a young human wizard named Ghenji Thoriat. A graduate of the Spire of Sorcery, one of the first wizardly schools, Ghenji had a reputation for cleverness and skill even before he returned to society. Because of this, the town he called home asked him to solve every kind of problem from bad crops to marital disputes. All normal enough. But when a magical intrusion disrupted the town, Ghenji needed to rise above his role as wise man.

The problem was minor, something to do with kobolds, and the local constable asked Ghenji to create a spell capable of incapacitating numerous weak creatures at one time. Since this was before the creation of sleep, the young man was on his own and sought just the right concept. He first thought of using a magical vapor to sap the strength from a group of enemies. However, since this was Ghenji’s first attempt at fashioning a spell of his own—and the constable told him to cause no physical damage—he decided to disable a creature’s mind instead.

On the third evening of arcane study, Ghenji was rudely interrupted by his fiancé—Lady Celiah Mozencraff. Apparently, the young wizard had forgotten a dinner party later that night in honor of the town’s merchants (of which Lord Mozencraff was the richest). After hastily donning an appropriate outfit and apologizing with all due sincerity, the couple made their way to the hosting manor. Even in the darkened carriage, Ghenji was painfully aware of his betrothed’s attire. Lady Celiah’s only flaw was her sense of fashion. Being ridiculously wealthy allowed her many luxuries, one of which was dressing exactly how she wanted. More than that, Lady Celiah enjoyed every color that existed, even expensive deep purple and cloth of gold. Unfortunately, she liked to wear as many as colors as possible all at once.

As the couple entered the banquet area, Ghenji noted other attendees having reactions similar to his own. While they greeted Ghenji and Celiah warmly enough, the individuals quickly moved away, averting their eyes and hiding their smirks at the Lady’s colorful attire. As the night drew on, Ghenji overheard “It hurts my eyes just to look at her” and “Celiah must have ensorceled the sorcerer for him to be seen with her like that.” After a few more snide remarks, Ghenji finally connected his studies to his fiance’s fashion sense. The wizard excused himself to the other guests and rushed home to his lab with a quick apology to Lady Celiah.

The following afternoon, Ghenji met with the constable to unveil his new spell—color spray! The spell took different colors of sand and merged them with the air to transform it into pure color. The magic brightened the intensity of clashing colors to such a degree that they not only had the power to blind the spray’s targets but could render them unconscious as well. After the initial test on the constable’s men, one subject remarked that he thought he had seen his life flash before his eyes. From that point on, color spray quickly took root in the arcane vocabulary and flourished. Regrettably, the same firm foundation cannot be said about Ghenji’s marraige to Lady Celiah.

Spell Secret
Color spray is a fantastic low-level spell for incapacitating similarly low-powered enemies. But when you look at the roster of subterranean creatures arrayed against inexperienced adventurers, the spell loses its edge. Troglodytes and drow are just two typical examples of creatures who are unaffected by the spray unless you’re also carrying a light source. After all, color spray creates colors, not the light needed to use it against foes utilizing darkvision. But fear not, for the spell secret detailed below can return that colorful edge to your underearth encounters.

You can infuse an element of illumination into color spray if you are able to cast evocation spells of 2nd level or greater and succeed on a Spellcraft check (DC 16). The resulting spray not only bears all of the typical clashing colors but also glows with the intensity of a faerie fire spell.

Related Research
For every original spell created, a handful of mages are always ready to tweak the new spell’s effects and take some credit by showing off their own “new spell.” That’s exactly what happened with color spray when a rival of Ghenji’s from the Spire of Sorcery saw the spell tested. A half-elf wizard named Holdren learned the spell in just a few days and decided to refocus its purpose. Holdren’s spell would attack the body just as Ghenji’s spell assaulted the mind.

So why didn’t Holdren’s spell see the same notoriety as color spray? Well, shortly after finalizing his notes for cone of shocking, Holdren unwittingly found his way onto the wrong side of a troll encounter and was eaten. His spell, along with his other research and belongings, were appropriated by the Spire and, until very recently, lay unnoticed in the school’s basement. It is a shame the spell is only now finding popularity as I think it could have rivaled color spray in effective incapacitation use by lesser mages. I’ll let you be the judge.

Cone of Shocking
Evocation [Electricity]
Level: Sor/Wiz 2
Components: V, S
Casting Time: 1 standard action
Range: 30 ft.
Area: Cone-shaped burst
Duration: Instantaneous; see text
Saving Throw: Fort negates
Spell Resistance: Yes
A crackling cone of electricity erupts from your palm. Each living creature caught in the cone must succeed a Fortitude save or suffer from a variety of physical debilities caused by the electricity playing through its body. Each creature is affected according to its Hit Dice.

2 Hit Dice or less: The creature falls to the ground helpless and uncontrollably convulses for 3d4 rounds. The creature then vomits and is nauseated for 2d4 rounds. After this, the creature is subject to involuntary convulsions and acts as if entangled for 1d4 rounds.

3 or 4 HD: The creature vomits and is nauseated for 2d4 rounds and then is subject to involuntary convulsions and acts as if entangled for 1d4 rounds.

5 or more HD: The creature is afflicted by involuntary convulsions and is considered entangled for 1d4 rounds.

What spell would you like to see covered next? Tell us in the Forum.