Skip to content
Home / Delve into the Depths in the Kobold Blog / Alternative Adventures: The Diplomatic Mission 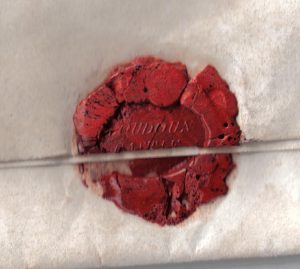 Most parties are no strangers to diplomacy. Whether they’re trying to get a better bargain for the swag they’ve hauled from their latest dungeon crawl or attempting to convince the guards that no, their friend was really just joking about splitting open their skulls, adventurers are all familiar with using words over steel. It is fairly rare, however, that a campaign’s entire purpose is geared toward a war of words, which is what can make the diplomatic mission such a change of pace.

The Complicated Simplicity of The Diplomatic Mission

Pitched battles on open fields, where magic and steel water the ground in blood and rip entire armies asunder, are exciting to watch. But for most nations, it’s exactly the sort of thing they’re trying to avoid. War is wasteful, costly, and it can take generations for the scars of conflicts like this to fade. Which is why so many nations always try to solve issues with diplomacy before they resort to war.

That is where the party comes in.

More often than not, people think of a party as a group of mercenary soldiers or gang of tomb raiders, but governments are more than willing to employ talented negotiators and problem solvers who can get things done without bloodshed… or, at least, while keeping it to a minimum. Because while a paladin’s training is on the battlefield, their raw charisma and reputation can carry quite a weight in a negotiation. A bard’s depth and breadth of knowledge as well as the ability to speak a wide range of languages (naturally or magically) can ensure there’s nothing lost in translation. Even an enchanter, one of the most overlooked of specialist wizards, could be a dangerous tool on a diplomatic mission.

So how does this kind of game work? Well, first, you need to have a problem that’s too big to be solved by simply kicking in the door and shooting until you’re out of arrows. For example, a group of bandits may have taken over a local inn and are holding innocents hostage. There’s no question that you could kill the bandits, but doing so likely means they’ll kill the innkeeper, his wife, and their children. Alternatively, two gangs might be on the brink of war over a rash of violent incidents in a major city. If the party can negotiate a truce, then they’ll be able to get to the bottom of what happened. Trade agreements between governments big and small, addressing the complaints of a group of revolutionaries prepared to go to war with the crown, and even defending someone in court against charges of a crime are all kinds of diplomatic missions a party might be uniquely suited to handling.

Work With Your Players, And Help Them Think Outside The Box

Adjusting to a game where rolling initiative is the last instinct, instead of the first one, can be hard for some players. And it won’t be ideal for every group. Some groups just don’t feel they’re being proactive if they aren’t armed, armored, and taking dramatic actions. Having long talks hashing out trade agreements and signing pieces of paper might not feel very dramatic.

Which is why it’s important to find a niche and to help your players explore.

Take, for example, the rogue. It’s a class that can do a lot of things, including thievery. But while a pickpocket may not be of much use in forging an alliance between two kingdoms, a forgery expert would be. Whether it’s creating false documents or recognizing them, this kind of character would be of great use in detecting any political chicanery going on with treaties and agreements. Characters of noble birth (which may be of any class) might be called on to maintain their family interests and thus be automatically invested in the outcome of a particular engagement. If an agreement is reached, they’ll increase their standing as well as show their skill. If it goes poorly, though, the loss of face might be nothing compared to being on the front lines of the upcoming war. Even unlikely character classes, like the barbarian, may find that diplomacy suits them. Especially if they use their monstrous constitutions to keep a clear head when the drinks are flowing, getting the other side to agree to terms they would never even consider while sober.

Diplomatic missions aren’t easy. Often times, all it takes is a wrong word, or an unguarded joke to turn things sour. However, it’s important for you to create alternative paths to success so that the party doesn’t fail after a single bad roll or poorly-thought-out course of action. For instance, it’s possible that the group makes a bad first impression on a delegate. However, there should be ways (legitimate or not) to win that delegate to your side. Whether it’s inviting him out to a night on the town as an apology or digging up dirt on an affair he’s had that could ruin his marriage and reputation, there should be additional tools available to the party.

And, of course, there’s always the chance someone tries to assassinate them before they can complete their mission. Which is why they need to be on guard against poisoned food and drinks, unfamiliar faces, and enemy spies looking to be sure the party doesn’t succeed.