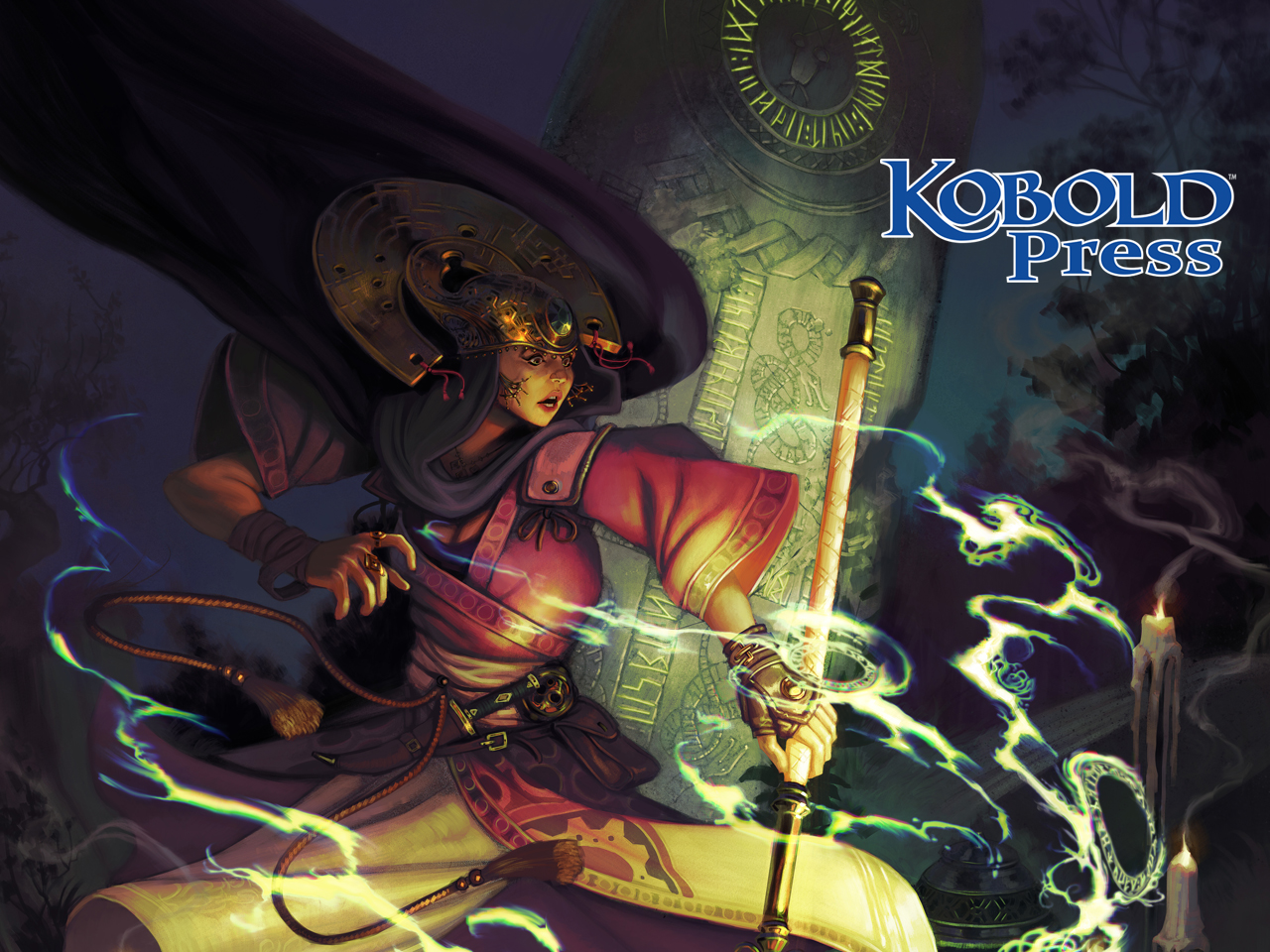 Gamers are always eager for new materials in their RPGs. As a GM, I’m always on the lookout for more monsters. After all, who doesn’t want new beasties to challenge their players? As a player, and a gamer in general, the main thing I want to see more of in my fantasy games is MAGIC. Magic is the heart of a fantasy RPG, the lifeblood. It’s fantastic, it brings a sense of wonder, and when properly done provides an amazing toolkit to use in the game.

Let’s talk D&D magic. The Player’s Handbook provides us with many of the old staples of past editions: entangle, fireball, lightning bolt, magic missile, raise dead, and many other familiar names. Further books have provided other useful and sometimes familiar spells. Magic is a versatile force we can use to kill or incapacitate our foes, or even make them like us. It can heal companions and even bring them back from the dead. Magic can create or conjure things from thin air or reduce them to dust. For spellcasters, the magic they use can help define their character. A wizard might be known for their penchant for fire spells, for example. The bard’s specialty may be magically hindering the enemy, making it easier for allies to defeat them. And that’s another great thing about more magic as well as more magical traditions. They provide numerous ways to customize your character and make them unique among all the other spellslingers roaming the land in search of adventure. If this is something you appreciate, then I’d suggest you check out the new Deep Magic hardcover release from Kobold Press. The book packs a whole lot of magic between its covers, including new paths of magic for your character to use.

Now let’s talk character options, specifically those from Deep Magic. Something new to help define your character is always welcome.  Deep Magic has an abundance of material to assist. The following is just a sample of what you can find in the book.

Bards get two new colleges: the College of Wyrdsingers and the Greenleaf College. The wyrdsingers follow the wyrd, a fatalistic philosophy tied to the concepts of destiny and fate and knowing how to shine even if you are predestined to die. Wyrdsinger bards can inspire their allies to greatness and even remind them that this is not their day to die even if an attack appears fatal. The Greenleaf College was founded by half-elves, their powers derived from the mingling of their two bloodlines.

Running a Cleric? Looking for a new domain? You can choose from Beer, Cat, Darkness, Dragon, Hunger, Hunting, Justice, Labyrinth, Moon, Mountain, Ocean, Prophecy, Speed, Time, Travel, or Winter. Add some new gods to your pantheon. Expand the power of existing gods with new domains. There’s plenty of material here to do either or both.

Druids have four new circles to choose from. The Circle of Oaks druids draw their power from the ancient trees of the world, eventually learning to transform into a treant-like form for battle. The Circle of Owls derive powers from their namesakes and act as spies and gatherers of information. Druids of the Circle of Roses use the power of nature to influence the minds of those around them, creating perfumes that affect those who catch their scents. Finally, the Circle of Spirits tend not only to the land but to the spirits of nature as well as the souls of the dead.

There’s plenty more for other classes as well, but let’s get back to magic. If you want a thematic character, you can focus on a particular type of magic, and Deep Magic has a lot of them. Temporal magic allows you to manipulate time itself. There’s even a martial (yes, martial) archetype that focuses on this magic type: the prescient knight. You can play a warrior who enhances their martial abilities with divinatory and temporal magic. Or perhaps you want a character who is not just good but GOOD. Have them learn angelic magic, casting spells passed down from the servants of the divine designed to burn evil from the planes. If you have an urge to play a caster with an elemental theme, then the elementalist arcane tradition is for you. Pick one of the four classic elements as your focus and fill your spellbook with traditional spells from the game as well as a collection of new ones found in the Deep Magic book. In all, including the spells found in the twelve arcane backgrounds, Deep Magic boasts more than 700 spells. Most of these were collected and revised from the Deep Magic pdf series, but around 200 of them are brand-new for this book. That’s a lot of spells! So how do you integrate all this into your game?

First, you don’t have to. You may not want every single spell, arcane tradition, background, domain, or various other portions of the book in your game. They may not fit your campaign thematically, or you might just not like their particular flavor. Whatever your reason, you can still get a lot of material out of this book even if you pick and choose. What you do allow can be introduced through the course of the game, through what I find to be the best vehicle to deliver new material: villains!

Add a deadly cult using strange, new winter magic. Have your PCs face a powerful wizard with frightening temporal powers and claim her spellbook when she’s defeated. Introduce a wandering clan of dwarven bandits who worship a goddess of beer and have amazing magical powers involving alcohol. Make the introduction of Deep Magic a part of the gameplay, have the characters experience the power of the new magic firsthand before claiming it as their own. This is a great way for you to test things first and provide new and interesting encounters for your players to face as well.