Skip to content
Home / Delve into the Depths in the Kobold Blog / Action: Failure 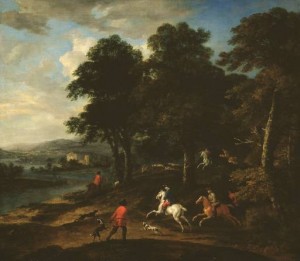 When it comes to skill challenges, failure is not an option.

“Of course,” you say. “No one wants to fail a skill challenge.” But this means something else entirely. Skill challenges are generally meant to represent situations or tasks which move the story forward—nonviolent encounters which carry just as much importance as those dealing with combat.

Combat challenges notwithstanding, a skill challenge is a great place to include the idea of partial victory. Consider the diplomacy skill challenge example from 4th Edition—as written, it allows for success or failure in convincing a lord to act or remain uninvolved. Reconsidering the results for partial victory might look more like this…

The Duke bids you sit… “I’m told you have news.”

This revises the skill challenge from a point of pass and fail where the duke either grants or denies assistance—a bottleneck which might limit the progress of the story—to a series of varying outcomes. This removes the focus on the outcome and places it back on the progress of the story. Far from removing the characters’ free will, while this process might partially define the outcome, it creates a sliding scale of victory and prevents a single point of failure capable of stalling an adventure.

The question remains, why utilize variable success? If there’s no risk, what incentive does a group have to strive, to experiment, or to innovate? Poor performance demands consequences, but there’s no reason the story should suffer. In situations requiring a real opportunity for loss, groups should be allowed to take up their dice and prove their mettle on the field of battle. Change the nature of the consequences of total failure to create other paths, one where the victory is harder won or more bittersweet, perhaps involving the loss of a familiar NPC. It’s important to avoid a situation where the players simply participate in a dice rolling exercise—the worst degeneration of a skill challenge.

So how do you create a skill challenge with variable success? First, consider the optimal final outcome: what would happen in a situation where the characters were completely successful—navigating the catacombs, convincing the lord mayor to help stop the giants, manipulating the mechanism to open the giant clockwork door? Then consider what level of complexity best represents the issue and how many degrees of success best suit the outcome—how long does it take to get free of the tunnels, what level of resources will the lord mayor commit, how far does the door open? A scaling level of consequences is possible—the collapsing passages or the effort of pushing open the door might cost escaping heroes a range of healing surges. The level of support from the lord mayor might change the level of the encounter or the composition of the enemy forces. Going back to the previous example, re-examine it with a sliding scale of encounter difficulty:

The Duke bids you sit… “I’m told you have news.”

Now there are tangible results from all results—anywhere from total or partial success to failure—instead of all or nothing. The focus shifts from the outcome to the interaction, but this shift in focus can be further accentuated…

After defining those levels, break the challenge into scenes that build on each level of success, culminating in the final outcome. Using different scenes allows the introduction of different skills as the situation changes, encouraging players to remain involved and reconsider what best fits the new setting. With a brief, one sentence description, you can better improvise interaction with the environment and NPCs, creating a smaller story within the adventure. Continuing with the previous example, see how one might break each level into scenes with particular skills tied to the situations, using each skill success to propel the challenge forward to the next scene:

The lord mayor reins in his mount, bidding you to ride alongside him.

“I’m told you have news. Explain what it is you need.”

Scene 1: Hunting on Horseback with the Lord Mayor

Scene 2: Bringing the Kill Back to the Manor

You assist with the recovery and return of the elk, when the lord mayor is (nearly?) thrown from his mount.
Skills: Bluff, Diplomacy, Endurance, Heal, History, Perception (prevents being thrown)

By observing some of the lord mayor’s mementos and trophies while the adventurers plead their case, insights are revealed.
Skills: Arcana, Bluff, Diplomacy, History, Insight

Scene 4: Discussion over Dinner as the Lord Mayor’s Guests

Having earned a modicum of the lord’s trust and good nature, he invites you to remain and continue explaining your thoughts over a meal.
Skills: Bluff, Diplomacy, Endurance, History, Insight; speaking Elven here impresses the mayor and provides a +2 bonus to all checks by that character in this scene

After long conversations and a full day, you are presented with the opportunity to seal the deal, if only you can avoid a faux pas.
Skills: Bluff, Diplomacy, Endurance, History, Streetwise

And now the skill challenge becomes an abstract day spent with the lord mayor, explaining the situation while developing a relationship with him. It incorporates many non-verbal skills, keeping everyone engaged and ensuring an opportunity to participate. The transformation of the skill challenge is complete, by following the three steps:

Splitting the skill challenge into scenes becomes much more logical and easy once the partial levels of success are defined, and in doing so, the whole challenge becomes much easier to run as a continuation of the story—progressing from start to finish. And in truth the answer is easy…

Failure is not an option.