Skip to content
Home / Delve into the Depths in the Kobold Blog / Sacred Space: Selket (Part 2) 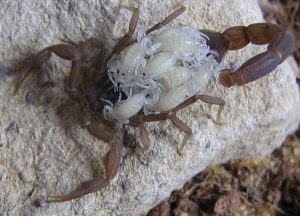 In many cities across the Great Desert, Selket’s cult festers. These are cults of humanoids who have been infiltrated by Selket-worshipping priests who poison their flock with their debased dogma. They promise Selket will protect and aid her followers in ways other gods cannot or will not. Priests target slums and other places of desperation, rewarding allegiance with wealth and protection, while punishing resistance with carefully targeted assassinations or genocidal swarms of scorpions…

Clerics of Selket are cold-blooded and stealthy, equally adept at eliminating rivals and shepherding secret cults. Most are multi-classed as rogues. Though she is a demanding mistress, she allows her priests to do mercenary work as assassins as it brings coin into her coffers, and some go so far as to create a separate identity so they cannot be traced back to their religious affiliation. The faithful give offerings in the form of items taken from murdered enemies and laid at the feet of an idol of Selket, and in rare cases, they might sacrifice valuable prisoners in her name.

Whereas in civilized lands Selket’s worship is relatively rare and generally shunned, in the trackless wastes and among the desert barbarians she is revered in a far more open manner. Tribes invoke her name upon the deathbed of elders to heal wounds and illness and to protect them from the monstrous scorpions and shambling dead that plague their lands. Some tribes even spawn holy warriors called Scorpion Dancers, acrobatic combatants who eschew all weapons and armor save for poison-tipped daggers crafted from human bones and who wear no clothing save for the yellowed funerary shrouds taken from entombed corpses.

One of your hands becomes a colony for a dozen or more stinging, biting scorpions. For the duration of the spell, you may no longer use two-handed weapons or equipment. You also suffer a -4 penalty to all Strength- and Dexterity-based skills checks. However, a touch from your vermin-covered hand deals 1d6 + your Intelligence modifier points of damage and the victim must make a Fort save (DC 12) or be poisoned by the scorpions’ poisonous sting (1 Con damage, initial and secondary). In addition, you are always considered armed. You can use this melee touch attack 1 time/level: once these attacks are used up, the spell ends.

The following creatures are well known supernatural servitors of Selket:

The Scorpion Pharaoh Deep within the parched desert lays the tomb of the Scorpion Pharaoh, one of the few female rulers of this ancient desert land and a disciple of Selket. Some go so far as to claim she is the daughter of Selket by a mortal man. In what scattered images and stories that remain from her poisonous reign, the Scorpion Pharaoh was most often depicted as a coldly beautiful woman whose timeless youth was a product of divine heritage.

If only the people knew the truth. The Scorpion Pharaoh was indeed the child of Selket, but no mortal man can claim to have sired her. How could any earthly being produce a creature as foul? She’s a 20 ft. long scorpion with foul poison constantly oozing from her twitching tail and a husk-like body from being mummified within Selket’s womb, yet she is blessed with a wickedly keen mind. Selket’s daughter seized the reins of power in the desert lands and held on for centuries, her grip on the land as crushing as the massive pincers she used to destroy her enemies. She was finally overthrown and entombed within a buried crypt, but she has not been destroyed and dreams of a time when she can emerge to awash her former domain in poison once more.

Temphu Easily mistaken for a succubus, this beautiful seductress (CE female tiefling rogue 5/assassin 2/sorcerer 3) looks like a tan elven woman with a shaven head, erotically clinging and translucent robes, and a silk veil drawn mysteriously across her face. Her most noticeable features are a pair of feathered wings that spread from her back and the twin trails of thin smoke, like those from dying embers, which rise up from her eyes when enraged. (Non-chaotically aligned creatures who witness this smoke must make a DC 25 Will save or be affected as per the spell confusion for 1d6 rounds). Temphu is a skilled assassin, a master at crafting poisons and stepping forth from shadows to slit throats. But more, she is an artist of pain, who delights in designing new and torturous ways to force compliance from her enemies.

In the Real World…

In the real world, Selket is not nearly as fiendish as presented here. Indeed, her worship was widely accepted across ancient Egypt. Also known as Selqet, Selquet, Serket, or in Greek, Selkis, she was a fertility and mortuary goddess. In her role as scorpion-goddess, she guards the pharaoh’s throne and is also said to guard the serpent, Apep, preventing this entity of chaos from emerging unto the world and swallowing all in its path.