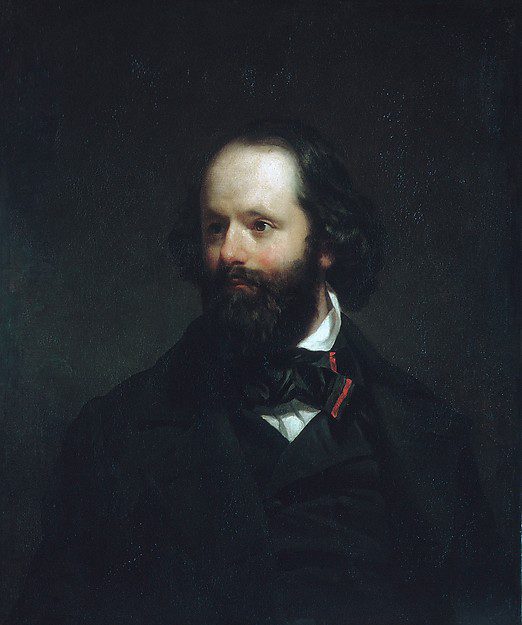 “Thank you for showing me your private gallery, master. Goodness, that’s an odd picture there.”
“Yes, well, Mummy was a three-headed obscenity with alien flutes emerging from her spine at the time, but she got better.”
“No, Master, not the family gallery. That one next to them—the one with the odd willow and river-barge merging into one strange location. It seems almost… normal…”

Lurking in an ox-bow lake set back from the main river is a curious flotsam-thing that is part vast willow tree, part structure. The willow leers into a great barge that lurches below it, her limbs suckling and grappling its fractured hull. The barge, for his part, is sturdy, a riverboat of great size with an upper story as well as a lower decks. Curiously angled wooden steps and ladders stagger through the structure creating a huge building lashed into the vast tree. Above the whole structure lurks a sign—The Lean Tree Gambling Inn. At the stern, crammed above a tiny rear portal hangs another sign—Mistress Smedge’s Seamstery.

Ochelot Strange is an odd man. He lurks behind a gigantic walrus moustache and has an air of feral manliness about him—even his smell is vaguely erotic if a little musky. The thing is, although he legally owns the Lean Tree, he doesn’t “own” it. That damn snobbish woman Nightingale Smedge claims to own it. Damn her. If only he hadn’t made a fool of himself all those years ago by trying to get her drunk and seduce her and then agreeing to let her have the lower deck. Fat lot of good that did, even though he can’t forget her loveliness…

The Lean Tree House Gambling Inn, as his abode and business is called, hosts the less refined aspects of the business that travellers require: gambling, food and bed, pawnbroking, and general supplies. Thus his establishment has a chaotic nature. Cupboards and wardrobes and shelves and drawers line the walls that writhe amongst the treehouse establishment, which staggers across half a dozen stories to an upper part of the Upper House where Strange sleeps in an airy hammock with his pet crow Oliver. Strange has a lot of pets, all of which run riot throughout his house—and often that of his neighbor.

Strange’s unique gambling attractions include a group of awakened animals he calls his Cherubs: a uniquely slow group of racing sloths and his unrivalled collection of fighting whelks. (Indeed it is said the queen herself has one of his own dear whelks in her infamous battle mollusc collection.) He also spices up his games with kite fights and jumping from the upper boughs into the river beside the riverboat. That one of the sloths is a consummate thief is something he tolerates on account of her outstanding skill and the fact that they split the proceeds.

His establishment thriving whilst his neighbor remains like a hermit below, Strange feels unusual pangs of guilt stirring into his potpourri of feelings for Smedge.