Skip to content
Home / Delve into the Depths in the Kobold Blog / Your Whispering Homunculus: Curious Locales—The Babcock Place, Part One 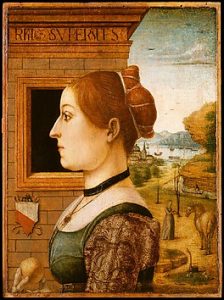 “Master, who’s in the portrait?”

“Oh her? That’s my distant kin Wholesome Babcock. She’s not pretty is she? I’ve not been to see them for quite some time now, years in fact, but they—keep in touch with me.”

“You’ve never mentioned them before, your strangeness.”

“And for two good reasons. The first of which is that they have a very, very bad reputation.”

“The second, slug, is that nothing I do is ever of any concern of yours except when it is given as an order. Now get the grease from my workbench, and remember, as you do, what happened to the last wretch who asked too many questions!”

It’s an ugly wanton mass of decay, disrepair, and weathering that squats upon the countryside around—if such a muddy morass is worthy of the name. This land has been poisoned by pigs, which infest its every inch and destroy it with their wallowing and hunger for acre upon acre upon acre. Yet this broken slough is beautiful compared to the thing that squats in its center: a foul mass of buildings heaved side by side by side to become one collective infestation. Muddy ruins erupt in some places within, creating wallowing courtyards of filth inside this place where neighbour must literally sit upon neighbour. The whole place stinks to high heaven and drowns in filthy water that simply has no place to go. Mercifully perhaps, one day it will swallow this obscenity.

Stay away from the Babcock Place.

Even the butchers who go there speak very ill of it and never, ever, get seduced into its darker recesses. Visitors speak of blood and a private cant where jokes are made at every outsiders’ expense. Or at least that’s how it seems. No one but the Babcocks know this secret family cant, you see. They share more than just their language as a trait, however: their flesh is of one sallow, unwholesome stock, the lack of a chin is particularly repulsive in the women, and the big blinking eyes and heavy set muscular frame are very pronounced—more so in the elders, they say. Not that anyone gets to meet them…

Old Mother Tangle Babcock is said to be the Elder now—though gods know how old she is. She seems to have been part of the landscape since it was formed; some say she cut the first pig’s throat and laid the first timbers here. There are stories about that old wedding dress of hers being stained with blood and how her husband vanished very soon after their wedding night: the stories about a fleshy bridal feast just won’t go away. That she had triplets not long after also starts more than one local ghost tale, and how those three foul creatures grew embellishes many a bard’s frightful dirge. Grike, Mellow, and Wholesome—two girls and one boy—grew up very close; too close most say, and between them all they’ve sired scores, all of whom remain in the family fold and simply add a room or three prior to adding more mouths to feed and more flesh to work. The outer edges of the place house the most recent kin—and for sure, those who marry into the family do so for dark reasons.

They have wings set aside for the children, they say—but what they are schooled in no one says.