Skip to content
Home / Delve into the Depths in the Kobold Blog / Who’re You Going to Call?… Vigilantes! 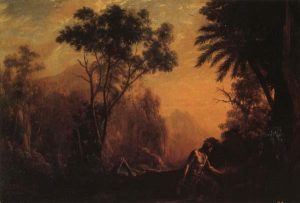 I’ve been watching the vigilante playtest closely in anticipation of the release of Ultimate Intrigue in early 2016. If you have not had a look at the vigilante class featured in the playtest (the playtest recently closed on August 17th for final thoughts), the vigilante is reminiscent of how the modern costumed super hero goes about being heroic. The basics of the class involve having a secret vigilante identity to champion just causes against tyranny and a public mundane identity to move about society unnoticed. There are also four major ways to develop the vigilante that loosely conform to the four basic character tropes. While trying this class out and thinking of the things a vigilante should have to make fighting evil easier, I remembered a favorite comic book character that had a way to get signaled when help was needed. It was with these thoughts that I developed the following wondrous item.

Vigilantes find having the contraption immensely useful to advancing their causes.

Once attuned, the vigilante can designate up to 2 x their Charisma bonus callers (minimum 2). The callers must be sapient creatures that are not opposed to the vigilante’s cause. When a caller on the same plane speaks a command word, a vigilante more than 5 miles away will feel a specific tingle and know what direction the call originated from. Additionally, the vigilante knows when the item is within 5 miles and when it’s within a 50-ft. radius of the originating call (but not necessarily the location of the caller themselves).

The contraption can be enhanced with further weapon or shield enchantments (cost based on vigilante mode).

1 thought on “Who’re You Going to Call?… Vigilantes!”