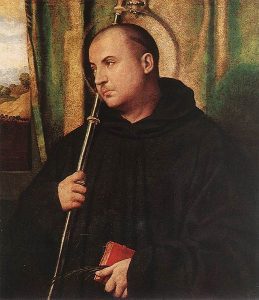 A few monks take the vow of poverty as a form of protest, their convictions made manifest to demonstrate against an injustice or philosophy that they will not abide by. Almost universally, they brand themselves in some way to showcase the offense they crusade against. Some lay themselves in chains to protest against slavery, while others starve themselves to challenge the lavish opulence enjoyed by a select few. Those who tread the path of protest carry an amulet as a token of their cause, such as a soaring bird of freedom or a four-leaf clover representing equality…

It is the rare monk who adheres to the vow of poverty as an expression of purity. These monks embody a quiet serenity that leads to an almost saintly insight and understanding of the world. Though the appearance and philosophies of these ascetics vary as much as the diversity of the world itself, a quarterstaff is common to all of them—usually in the form of a firm walking stick.