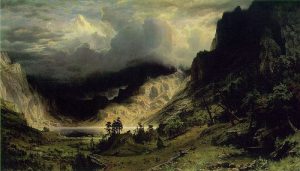 Mekken considered for a second. The sun had already begun to set, and the shadows of the forest grew darker, creeping rapidly closer to the abandoned hilltop monastery.

An ominous presence could be felt in those shadows.

“Thaln, gather variegated blue-leaf thyme from outside. Aildrer, I think the powdered crystal we need is under that bookshelf—can you lift it? Rojib, take this chalk and inscribe the floor with the Kyrian Kthariac styling of Her most holy insignia.”

This was a gamble Mekken was willing to take. He had great confidence in the skills of his companions…

Plus, they needed every advantage they could get. Whatever lurked out there was big. Powerful. Frightening.

There are many uses for skill challenges. They can supplement roleplaying, complement combat, or simply replace otherwise boring bits in a story. One use of a skill challenge is to set up the conditions in which characters begin a combat encounter. Success brings better positioning, foreknowledge of tactics, or simple statistical advantages.

Following are three skill challenges designed to fulfill this role. When “line up in front of the door and roll initiative” just seems to be getting old, throw in one of these. They are designed to be quick challenges, the outcome of which is distinct advantage or disadvantage in the combat that follows.

Down the Rope Ladder

You peer over the edge of the cliff. Through driving snow and sleet, you see the cliff face sharply retreat, leaving a lone rope ladder dangling away from any reassuring support. The ladder disappears into the driving snow, but you think you catch a glimpse of the bottom anchored to a narrow ledge. A dark figure moves past the ladder below.

As the first character begins to climb, the ladder pitches and twists. The icy handles nearly slip from his or her grasp. To continue will be difficult, and it’s obvious that some space should be placed between climbers, lest the climb become even more difficult.

The challenge comes in three phases. Once everyone shuffles onto the ladder, they hit a particularly slippery spot. Once that has been resolved, a blast of wind causes the topmost characters some extra difficulty. Finally, as the party approaches the bottom, the ladder begins to break free from its anchor and evasive maneuvers are needed to hold it steady.

The most important thing about this challenge is that combat starts as soon as someone touches the ground.

The Icy Rung: Each character climbs down onto the slippery ladder. The ice and wind seem manageable at first, but just as you pass the lip of the cliff, the going gets worse. The ladder here is caked with ice.

When each character reaches 15 squares above the bottom of the ladder, the following check is required:

A Gust of Wind: The worst is past, the ladder is clear for a while. Just as a rhythm to the climb becomes established, a mighty gust of frigid wind blasts the party. The shape of the mountain focuses the wind, causing the brunt of it to be taken by the top three climbers.

As the top person passes 14 squares from the bottom, he or she and the two nearest allies make the following check:

Athletics (hard DC, −2 for each adjacent climber):
Success—You hold on and continue the climb.
Failure—You fall. (See the falling section below.)

A Bolt Comes Free: The ground is now in sight. The ladder is anchored on a narrow ledge below. As this anchor begins to bear the brunt of such heavy use, it begins to loosen.

The bottom climber can make the following check:

Perception (hard DC):
Success—You spot a sigil of alarm on the ground around the bottom of the ladder. You suspect that the first person to set foot down here is going to raise an alarm.
Failure—You see nothing.

The bottom climber is given the following chance once he or she is 5 squares from the bottom:

Acrobatics (hard DC):
Success—You slide down the ladder before it has a chance to break free. Immediately follow this up with an Athletics check (moderate DC ) to hold the ladder in place for everyone else.
Failure—You fall. (See the falling section below.)

If the bottom climber does not succeed in this attempt, then everyone must make the following check as one of the bolts breaks free. Start with the lowest climber and work your way up:

Athletics (hard DC):
Success—You hold on as the ladder jerks fiercely in the storm.
Failure—You fall. See the falling section below for you options.

Falling: If someone falls, the following options are available:

Athletics (hard DC):
Success—You catch someone as they fall past you. Place them in the square below you.
Failure—The faller continues to fall. You must now make an Acrobatics (moderate DC) check in order to keep from falling.