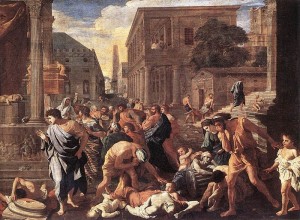 Deep in the depths of the business district in each major city rests a small shop. The only marking the shop cares to use is that of a hand with its palm visible and, etched onto that palm, a rune with the meaning of “Shame.” This is the local office of the Markers, a small order of individuals who have become masters at inflicting and removing curses. They are not assassins or lawbreakers; rather, they view themselves as the givers of punishment when so decreed by either the appropriate legislative body or another figure of authority (such as someone’s father, determined to teach their child a lesson). As such, they usually cast curses that are highly inconvenient or embarrassing, but won’t do any serious harm if stopped in time. If paid sufficiently well, the Markers will even travel with one of their victims in order to cast and remove curses as necessary. On some rare occasions, the Markers will perform side-jobs for identifying and breaking suspected curse traps and the like. Members are either Lawful or Neutral; as might be expected, the freedom of Chaos doesn’t particularly fit in with what they do.

Curses are terrible things, and all the more so when used creatively to get maximum effect. The Blight-Bringers are chaotic evil servants of darkness that are employed as advance forces before major attacks and invasions. Their mission, such as it is, works toward causing as much havoc as possible for rulers, priests, adventurers, and anyone else who’s likely to cause trouble for the forces of darkness as they begin their march across the land. Great heroes may find their strength leaving them and their equipment breaking, wise and beloved leaders will quickly shrivel away, food will spoil even as it’s made… there is no limit to the devastation that the Blight-Bringers are willing to cause. However, the true core of their effectiveness is how well they blend into populations; they always appear to be no more than normal people moving through a crowd, subtly casting their curses and moving on without waiting to see the full effects take place. The stories that catch up with them are enough to slake their desire to know what actually happened.