Skip to content
Home / Delve into the Depths in the Kobold Blog / Treasures with a Tale to Tell: The Alchemist’s Lodestone 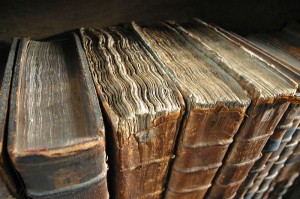 After the excitement of a hard-fought battle, many a gamemaster will have the sudden impulse to reward their tenacious players with a few extra goodies beyond the standard potions, scrolls, and coin. But throwing in a +3 flaming battleaxe at the last minute doesn’t always capture the moment the way you want it to. After six or more hours of carving their way through your encounters, puzzles, and traps and then finally defeating a deadly adversary, your players deserve something grandiose. They deserve something with a story. Today you give them the Alchemist’s Lodestone.

This elegant bauble, about the size of a large grape, is as dark as night, and twined in silver to a bronze neck cord. Beneath this strange trinket are yellowed pages upon which arcane text flickers with unfathomable symbols and agitated diagrams of unknown origin. As you sift through them, you are unsure if the writings are the work of a genius… or a madman.

This unique trinket came from the mind and methods of Dinton Crane, a man proficient in magic and an accomplished alchemist. Crane was, like many of his contemporaries, fascinated by the bewildering properties of the mineral accumulations known as lodestones. Crane saw potential for improvement and refinement in the stone’s properties and spent much of his life in frantic experimentation.

The result of his labors was a lodestone greatly improved and with attributes much more controllable than ever before. He had succeeded in bending the natural magnetism of the substance to his will. The results were truly impressive, but even this new innovation could not save Crane from a skilled assassin armed with nothing but a wooden stake and cover of darkness.

Since that dreadful day, Crane’s creations and alchemical treatises have circulated far and wide by mode of death, theft, inheritance, and auction. Much of Crane’s original writings are thought to have been completely destroyed in the years following his death, but this is not entirely true…

This amulet can some very bizarre magical effects, which manifest as the following (modified) spells:

Levitate (1 charge)
Performs as the original spell, except that the caster must have a magnetic metal (nickel, iron, steel, or cobalt) that can aid in levitation. Crane typically utilized an iron disk to stand upon before attempting to levitate.

Telekinesis (2 charges)
Performs as the original spell, except that it will function fully only when used on an object composed at least partially of a magnetic metal.

Wall of Force (3 charges)
Performs as the original spell, except that the wall will keep out only magnetic metals. All other substances (flesh, wood, clothing, and so on) can pass through unhindered.

The number of charges that remain in the amulet when it is first discovered is at the discretion of individual gamemasters. If you are worried about it running out of charges, then you’ll want to consider the option below.

The scattered fragments of Crane’s various formulae and equations can serve a variety of purposes for the enterprising gamemaster.

One fragment contains a formula that can refresh the charges of the lodestone but requires 1,000 gp worth of ingredients per 5 charges restored.

Another holds instructions for constructing a flesh golem, something Crane never got around to doing.

A fragment could turn up almost anywhere and can serve admirably as an adventure hook or bonus reward. They are also a good way to let the PCs in on information regarding the stone’s origins, as seen above.
A. L. Paulsen

3 thoughts on “Treasures with a Tale to Tell: The Alchemist’s Lodestone”