Skip to content
Home / Delve into the Depths in the Kobold Blog / Treasure Tables: Baubles & Trinkets 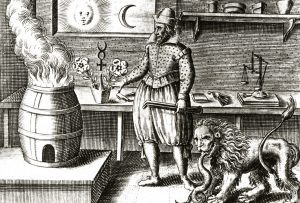 What happens to all the treasure that adventurers find? If it’s not useful, it usually gets sold. Should you find yourself frequently liberating others’ possessions, the following can be used to add a little variety to your loot or even as inspiration for a story hook. The value of the items can vary at the GM’s discretion but are suitable replacements for a quest reward or as the centerpiece for a small collection, although they could be worth more to the right person. You can roll randomly for a result below using the handy number provided with each entry to figure out your result on a d20. You can also pick one that works for the area in which your characters currently linger.

1. A pale gray, formless sculpture. While nothing about the piece gives the impression of movement, you get the vague impression that it has shifted every time you look away.

2. A small blue glass butterfly attached to a barrette. When the clip is opened, the butterfly stirs and gently flaps its wings.

3. A plain iron goblet with a cracked rim. It is filled to the brim with a frothy, clear amber substance that resembles a freshly poured lager frozen in place.

4. A pair of excruciatingly detailed false glass eyes, in grey and green. While held or placed on a solid surface, they gradually turn to face each other.

5. An elaborately carved velvet-lined small oaken case. Within rest some delicate silver shears, suitable for use by a noble ladies’ servant.

6. Some garish crushed velvet pantaloons, monogrammed with the initials ‘AJW.’ So obviously out of fashion that they can only be antique.

7. A small sterling box engraved with the image of a small bunch of fruit with leaves and vines. Resting inside is a sealed paper packet which rattles when shaken.

8. An intricately detailed figurine posed as though singing to an audience on a balcony above her. Her eyes sparkle with tiny jewels to make it appear that she is crying.

9. An inky black square housed within an ornate golden frame. On closer inspection, faint shapes and motion are visible in the painting, as though it shows an active scene in an unlit room or perhaps underground.

10. Some dark green fur-covered slippers shaped to resemble monsters. As each slipper moves, it emits a tiny but ferocious roar.

11. A tiny gold filigree birdcage suspended from a single strand of golden thread. Something within the cage emits a brilliant ruby red light.

12. A large brass hook that vaguely reminds you of a boating implement. Sharpened to a wicked point at one end and threaded for mounting on the other, the metal is polished to a mirror sheen.

13. An intricate clockwork crow that stands frozen in a quizzical pose, as though gazing at something interesting just above your head.

14. A small glass cube filled with a faintly luminescent blue fluid, with a small latch on one side securing the top. Something about the liquid suggests a degree of consciousness to its movements.

15. A leather drawstring pouch filled with a dozen perfectly spherical polished stones. The stones stick together as though magnetic, but come apart again with almost no effort.

16. A hard black leather case containing a flawless set of well-used professional kitchen knives, one nearly as long as your arm.

17. An odd red badge in the shape of a hunting bird’s head. The maker’s mark on the reverse appears strikingly similar to the local duke’s seal.

18. A set of fancifully etched translucent yellow wineglasses that flash brilliant fluorescent green when they catch the sun.

19. A fist-sized spool of fine silvery wire, thinner and stronger than anything you’ve encountered before. You get the feeling that it would be more likely to cut you than to break if you put your weight on it.

20. A truly ancient clay jug, stoppered with cork and wax. The lower half is caked with dried mud and the upper half is covered in salt and barnacles.