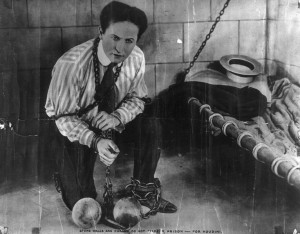 Found most often in abandoned kobold warrens, trap wisps maintain the snares and pitfalls left behind. Retaining only shadowy memories of their past lives, they are both cunning and cruel. All but invisible, trap wisps are rarely seen unless angered or hurt, when they whip up a swirl of dungeon detritus around themselves to strike at their foes…

Dungeoneering or Religion DC 10: Trap wisps are believed to be the ghosts of fallen kobolds. Some speculate that when a tribe faces extermination, the last of them will sacrifice themselves, becoming trap wisps in the process. Trap wisps rarely reveal themselves directly, and many adventurers have been slain by trap wisps without even being aware of their presence.

Dungeoneering or Religion DC 15: Although they prefer to attack indirectly, trap wisps are fiercely protective of the traps they defend. Only revealing themselves in combat, wily adventurers can flush out trap wisps by damaging or destroying their traps.

Invisible (minor; at-will) ◊ Illusion
The trap wisp becomes invisible until it attacks or is hit by an attack; it remains invisible while using trap tinker

Trap Tinker (standard; at-will)
During a trap-related skill challenge, a trap wisp can eliminate one success by making a Thievery check against the DC specified in the trap description

Trap wisps are almost always encountered near a complex trap and will disrupt any attempts to disarm it. They prefer to use trap tinker, rather than direct attacks, although they become very aggressive if their trap is damaged. Once discovered, trap wisps will try to stay at range, using trash toss, then turning invisible and moving to avoid speculative retaliation.

The tunnels trap wisps haunt might be crawling with undead, or over-run by some other subterranean creatures. Either way, there is always a trap in the immediate vicinity.