Skip to content
Home / Delve into the Depths in the Kobold Blog / The Far Side of the Table: “Teching” the Table 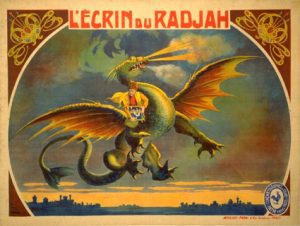 Upgrading the Game: “Teching” the Table

There is an enormous amount of technology that can be added to the table. Initiative trackers, digital character sheets, rulebook PDFs, and virtual dice rollers make up a small number of possible additions players or GMs may use. Throughout this installment, I work to describe my own adventures in using technology. Each article focuses on a different piece of technology, discussing its benefits and its consequences.

This article covers projectors and evolving battle maps into a digital space.

Recapping the last session’s events, I slowly drew the players back to the present, placing their characters on the outskirts of town. Strass, Val, Tyrash, and their newest member Azreal prepared to journey into the Greyfall Mansion. Their goal was to discover the source of the assassins attacking city guild masters. Dimming the lights, I turned on the projector, beaming down a picture of a torch-lit mansion across our battle map.

Welcome to the table. With the advent of digital tabletops and developments in digital content for roleplaying games, I decided to experiment with technology at my own table. Armed with a projector, tape, and my laptop, I set out to propel the game into the virtual world. Let’s talk about “teching” your game.

What are the possible uses of projectors during the game? How can projectors be used well and how can they be used poorly? Are projectors worth it? 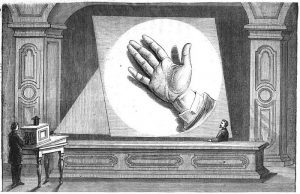 When making decisions about adding technology to my games, I focus on three guiding principles: what element in the game will be enhanced, how distracted will I or the players be during the game, and can I afford it? For the night’s session, I decided that I would use a small projector to cast maps across our table.

In the dim light, the players moved their figures from room to room. Shadows blocked vision to rooms they have yet to enter, leaving them to wonder what may be waiting for them. Val crept ahead of the others, making his way to the second floor. Not a single guard had been seen yet. Clicking on a second tab on my laptop, the map changed into a second floor, revealing a whole new set of shadowed rooms waiting to be explored.

Using a projector allowed me to switch smoothly between explorable zones throughout the adventure, granting my players a greater sense of immersion. Additionally, using a projector allowed me to also make use of Photoshop to alter maps and add shadows to unexplored rooms. The ability to realistically restrict sight and show multiple images helps my players stay in character and keeps the game running smoothly.

Projected images also help save valuable preparation time. While traditional battle maps can be drawn and work perfectly well, the opportunity to cycle through multiple images—whether that is different floors or different settings—allows a GM to focus more on the narrative than on drawing an accurate map or creating a new setting.

Val crept forward, listening to the laughing guards in the room next to him. Peering through the keyhole, Val could see three figures sitting around a table. Somewhere below the guards, on the first floor, Val’s companions were slowly making their way through an alchemical laboratory. Seconds later, an explosion tore through the building: the room where the guards were laughing was gone, now just a hole leading to a burning room below.

Another benefit of projecting maps is the ability to change them as events happen. While Val was expertly sneaking through the upstairs, his friends were failing miserably, resulting in two rooms exploding. At the table, while my players either despaired or laughed, I erased those rooms from the map, removing any chance for the group to search them.

Hearing the soft click, Val smiled as he turned the golden door’s handle. Somewhere behind him, he could make out the sounds of his friends fighting the guard. Pushing the door open, Val stepped into the room ready to confront the source of the assassins. As his eyes adjusted, his lock picks fell with a clatter to the floor. Fear ran up his spine as he stared at the being before him.

“I wondered when you would arrive,” the beholder said. 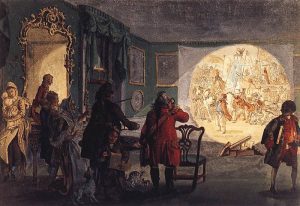 Projectors work well when they are used in tandem with other elements. Alone, any piece of technology can become a social barrier or a distraction at the table. For my set up, I preload all of the maps I think I will need throughout the night. I then set my laptop in the corner, using a mouse to make adjustments. This way, I remain focused on my players’ actions.

When Val faced off, alone, with the beholder, the rest of the party waited in fear. They knew they were in over their heads. During social encounters and downtime, turning off the projector returns focus back to the characters and their actions.

Projectors are a great tool for any GM, yet there are always difficulties with using them. In those moments when my computer or projector doesn’t work, I resort to basic methods to run my game. Price can also be significant barrier. Online, there are options for $100+. Ask your players if they are interested in trying to use a projector and if they would be willing to split the cost or find one to borrow for a test run.

Strass, Tyrash and Azreal listened as something ran by overhead. A shrill cry rang in the air, “Ruuuuunnn!” Hefting their weapons, the adventurers moved toward the stairs. The fight had only begun.

3 thoughts on “The Far Side of the Table: “Teching” the Table”