Skip to content
Home / Delve into the Depths in the Kobold Blog / The Amber Bazaar: The Willowkarst Hoard 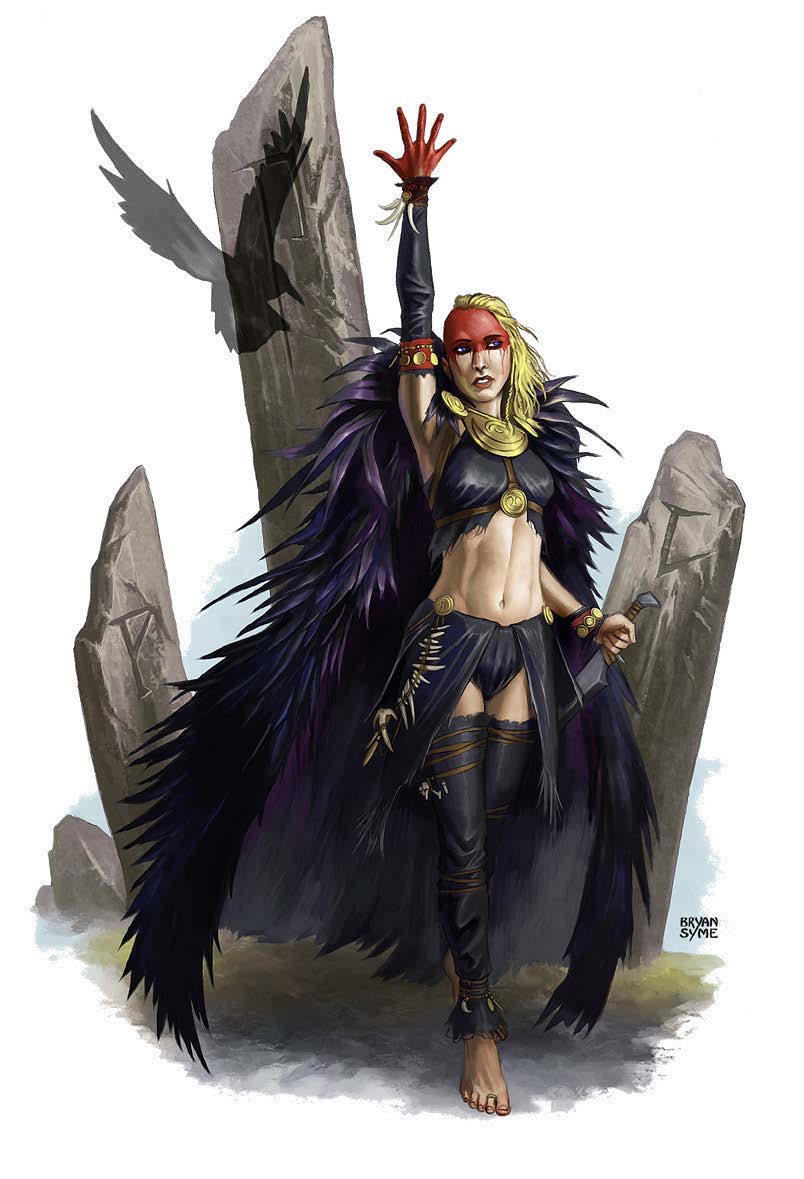 As civilization expands and the wilds are reclaimed, so too are the birthplaces and graves of humanity’s ancestors. One such site is the Willowkarst Hoard, and with the collection of these three items comes its strange tale. Some say there were triplets, sons of an ancient noble whose name is long lost, all with an equal claim to their father’s lands and property. While one was wise and another strong, it was the third who won the claim by underhanded means. By forging a pact with the forces of Death, his siblings’ souls were taken before their time, their bodies cast into the peat bogs to mummify. The claimant became well versed in the magic of life and death and could trace the many ley lines of his domain, seeking always to sever those that might open a path to the Land of the Dead by which his brothers’ souls might reclaim their bodies. In time, he too passed as did his subjects, as did his way of life, to be found again now.

The Willowkarst Hoard is located roughly a quarter mile from an ancient noble’s burial mound; it is suspected that the remains in the mound are not the noble himself. The hoard contains the real treasure. It is guarded by a simple wooden boundary marker, bearing a long-since spent glyph of warding. One might encounter these items there, beneath the muck and stone, wrapped tight in cured leather, or one might find them individually in shops, museums, or collections.

This bronze brooch depicts a raven’s talons, grasping a serpent amid swirling geometric patterns and a ring of inlaid garnets. While exceptionally beautiful, the brooch has no effect unless fastened to a cloak and attuned, at which point the wearer becomes warded against death while also deeply paranoid of it. The Willowkarst Brooch grants a +2 bonus to AC as long as it’s worn, but each time its wearer is damaged, their AC is reduced by 1 until they finish a long rest; these penalties are cumulative and remain even if the brooch is removed. In addition, the wearer is continuously under the effects of detect poison and disease, but this paranoia comes with a physical toll. When the wearer uses hit dice to regain hp, they treat their hit dice as one size smaller.

This simple bronze shortsword with a spiral pattern at its hilt is surprisingly sharp given its seemingly ceremonial nature. If the handle is repaired and the sword is attuned, it feels uncomfortably cold to the touch and always leaves a faint trail of ash behind it. The Willowkarst Sword can either be a conduit for negative or positive energy. If a conduit for negative energy, on a successful hit it deals 3d6 necrotic damage and 1d6 necrotic damage to its wielder. If instead the sword is a conduit for positive energy, a successful hit deals 3d6 radiant damage and 1d6 radiant damage to its wielder. Its wielder can switch between the two damage after a short rest.

This thick torc of beaten gold is hollow and crisscrossed with designs of ivy and ravens. The latch that would fasten it has been lost. If the latch is fixed and the Willowkarst Torc attuned, the wearer finds themself closer to the Land of the Dead. Food loses its taste, and sound loses its clarity as their senses move away from the Material Plane; they suffer disadvantage on Wisdom (Insight) and Wisdom (Perception) checks. However, by concentrating on a dead body for 10 uninterrupted minutes, they can cast the speak with dead spell. They may only perform this action once until they take a long rest.

Multiple items from the hoard confer additional benefits and dangers. Having two or more items attuned throws the wearer into mortal combat with the forces of Death: the wearer has advantage on all attack rolls against undead, and all undead have advantage on attack rolls against the wearer. Having three or more attuned lets the wearer shed their form and wild shape into a raven (per the druid’s Wild Shape ability). Each time the wearer uses this ability, they must spend one Hit Die of hit points and an additional Hit Die of hit points for each hour thereafter. They also have disadvantage on all Wisdom saving throws as their mind lives between the realms of life and death.