Skip to content
Home / Delve into the Depths in the Kobold Blog / Spenser & Sword: Mythical Items from Literature 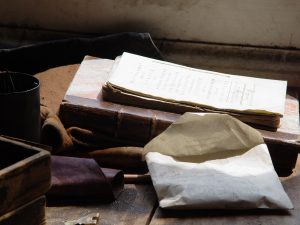 Edmund Spenser’s The Faerie Queene is one of the most important epic poems of the English language. Formed by six books of rhymed verses, it narrates the allegorical adventures of a group of knights embodying fundamental virtues like justice, temperance and so on. Like many other old poetic works depicting warriors and battles, it inspired and influenced fantasy writers and artists as well.

The protagonists of The Faerie Queene make use of magic weapons in war. The description and statistics of two of them are provided below for fifth edition games.

Weapon (longsword), very rare (requires attunement by a Paladin bound by the Oath of Devotion)

“For of most perfect metall it was made,
Tempred with Adamant amongst the same,
And garnisht all with gold vpon the blade
In goodly wise, whereof it tooke his name,
And was of no lesse vertue, then of fame.
For there no substance was so firme and hard,
But it would pierce or cleaue, where so it came;
Ne any armour could his dint out ward,
But wheresoeuer it did light, it throughly shard…”

Artegall is the knight who personifies the virtue of Justice or, better, the human side of Justice (in contrast with Talus the construct, which embodies merciless Justice). During the adventures that lead him to his beloved Britomart (see below), he uses a powerful golden longsword to fight.

This item is a magnificent sword, a weapon with a strong steel hilt and an adamantine blade covered in pure gold. It has the following properties.

Sword of Justice. You gain a +3 bonus to attack and damage rolls made with this magic weapon. The blade is made of adamantine, so it ignores damage resistance of monsters like gargoyles and golems.

Disruptive. When you attack a creature with this weapon and roll a 20 on the attack roll, you destroy the creature’s armor and/or shield (if any). 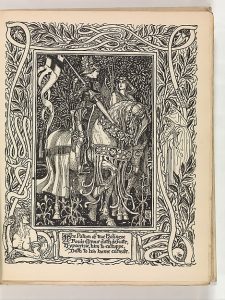 “Great shame and sorrow of that fall he tooke;
For neuer yet, sith warlike armes he bore,
And shiuering speare in bloudie field first shooke,
He found himselfe dishonored so sore.
Ah gentlest knight, that euer armour bore,
Let not thee grieue dismounted to haue beene,
And brought to ground, that neuer wast before;
For not thy fault, but secret powre vnseene,
That speare enchaunted was, which layd thee on the greene…”
(Edmund Spenser, The Faerie Queene)

The personification of Chastity, Britomart is a skilled heroine dressed as a valiant knight. During her quests, she explores a temple of Isis, meets Merlin, and rescues his love, Artegall, from Radigund the Amazon Queen. Her favored weapon is an enchanted lance.

Apart from tiny symbols depicting stars, crosses, and circles that are engraved on it, this weapon resembles a common jousting lance of good quality. It is an enchanted object with the following properties.

War Implement. You gain a +1 bonus to attack and damage rolls made with this magic weapon. The bonus increases to +3 when you use the lance to attack a creature of male gender (at GM’s discretion).

Champion of the Tournament. When you attack a mounted creature with this weapon and roll a 20 on the attack roll, you unmount the creature.