Skip to content
Home / Delve into the Depths in the Kobold Blog / Deep Magic: Dimensional Warping 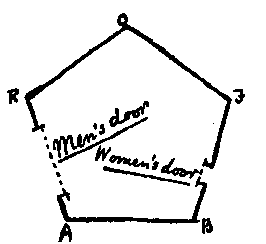 In 1884, Edwin Abbott wrote a novella called Flatland, and a hundred years later, I read it with delight. The novella’s characters are squares and triangles, sliding around a two-dimensional world called Flatland. The Flatlanders have no concept of “up” or “down,” and the existence of a third-dimension is left to philosophers and clerics. That is, until one day when a sphere pulls a square out of Flatland and into Spaceland. From his new vantage point “above” Flatland, the square sees not just the skin of his Flatlander friends as before, but inside them as well. He can reach down and touch someone’s heart. He can pull someone into Spaceland, flip him over, and place him back down as his own mirror image. He can peer inside locked chests inside closed rooms and pilfer what he likes. He can teleport by moving into Spaceland at one point and out of Spaceland at another. In short, he can perform what Flatlanders would call “magic.”

As a long-time D&D player, I realized that incorporating this kind of “magic” into the game promised fantastic opportunities for players and GMs alike. Just as Spaceland granted the square “powers” beyond the comprehension of the Flatlanders, a new school of Dimensional Magic could empower a caster to skewer an enemy’s heart from afar and view the world as only the gods can. Ignorant PCs would seem like helpless Flatlanders against a villain with such novel powers. That is, until they learn the magic too.

And now they can. You’ll find the Dimensional Magic school and a dozen Dimensional Magic spells in Kobold Press’s new Deep Magic project, if the first stretch goal is reached. Whether a PC pulls a foe into a 5th dimensional duel with step outside or a villain places an object or creature under a PC’s skin with calling card, these spells are guaranteed to get your players’ attention. The best part is that the spells’ basis in geometry provides a natural way of visualizing how the magic works, and by extension, gives you a springboard for creating your own Dimensional Magic spells with which to horrify, challenge, and empower your PCs.

Tim Connors is the author of Tales of the Old Margreve and a long-time contributor to Kobold Press, including the upcoming Midgard Tales. He has enjoyed warping time and space in his designs, but maintains he is neither non-Euclidean nor a Mythos cultist. The kobolds remain somewhat vigilant in his stern and eldritch presence.