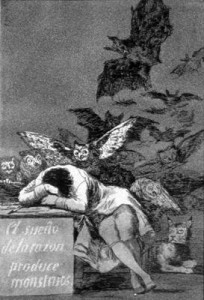 For every successfully enchanted sword, there are a score sputtering failures. A ring of great power must have several nearly mundane cousins—more suited to a smelter than a wizard’s finger. Sometimes your party’s actions deserve a reward that is heavy in flavor but light in power. Today, Prepared! brings you two items from the catalog of not-quite-right magical treasures found at the back of the shelf.

You find up a small and lightweight wooden whistle. Lazily carved, the instrument features a single finger hole to alter its pitch. A childlike carving of a bird has been hewn heavy-handedly into the whistle’s foot. When putting the reed to your lips and forcing a small puff of air through it, a tuneless squawk sets everyone on edge. It takes a few moments before you hear the distinct flapping of birds approaching.

The sparrow’s whistle is infused with the underwhelming ability to summon three or four small birds. The birds can be given a simple command involving a single action—including attacking something. They can transport a lightweight object several dozen feet before the spell wears off, whereupon the birds simply drop their charge and fly away. Asking the birds to accomplish anything beyond a single action (more than one verb) results in avian calamity. The whistle does not grant the birds any power or ability. Commanding three sparrows to attack the goblin patrol creates a scenario precisely like three sparrows attacking a goblin patrol. On the upside, the bird’s song is easier on the ears than the whistle…

Tabard of the Insatiable

Unfolding the garish fabric reveals it to be a tabard. Made from simple red cloth, the tabard’s gold-colored trim has frayed badly. The effect of the wear is such that the tabard’s edge appears to be fluffy; the strands of cheap gold fabric float like tentacles in the slightest breeze. The front of the tabard is dominated by a somewhat-successfully stitched image depicting a drop of blood. The back is adorned with a single letter “I” and has undergone the same transformation as the gold trim. Donning the tabard causes several wayward strands to drift upward into your face…

The tabard of the insatiable was first imagined by a wealthy warrior who commissioned a powerful wizard to create for him an artifact of immense power. As the project was underway, the warrior ran out of gold and had to make several compromises to cut costs. Originally designed to create an insatiable battle-lust, the tabard’s power was significantly downgraded when the wizard handed off the project to an apprentice. The apprentice imbued the tabard not with insatiable battle-lust but rather insatiable hunger. Donning the tabard for an instant drives the wearer to consume twice the normal food and water for the next day. Wearing the tabard for extended periods of time causes the wearer to consume more and more each day.