Skip to content
Home / Delve into the Depths in the Kobold Blog / Places to Go, People to See: Irijiem, the City of Statues 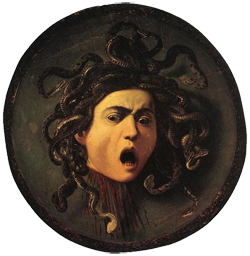 This place—with its endless granite faces leering up at her—this place scared her. There was something wrong here; something wrong underneath the endless sand and the dust. But then, if thieving had taught her anything it was that all the things worth stealing are found in places like this…

Irijiem is an impossibly ancient fortress. Walled on all sides, it is less a city than a gigantic reliquary, drowned in the sand dunes of its own memories. Its name, in the dialect of the local nomads means City of Statues. Or City of the Waiting Dead—depending on how ominous you like your translations. Just who made the endless statues that give the city its name is a mystery as impossible to unravel as the history of Irijiem itself.

Every known race is exemplified among the statuary—from petrified gnomes in the midst of crafting a beautiful necklace to a ravening black dragon. It is as though something or someone scooped up a member of the world’s many species and deposited them in Irijiem. Pass beneath the dilapidated archway into Irijiem’s cloistered avenues and you will be confronted by the eternally watching eyes of the city’s paralyzed inhabitants.

So why come to Irijiem? Why trek into the midst of the desert, braving the enervating heat? People have, of course. And more than people. Irijiem is a paradise for creatures, themselves made or hewn from, rock. Golems stride through the chambers of abandoned palaces. Earth elementals churn the sand beneath your feet. Whatever left Irijiem ensorcelled in this fashion has drawn them here…and the chances are, it has drawn your party of adventurers here too. What lurks in Irijiem’s center? What unimaginable force has left behind only stone, sand, and ruination?