Skip to content
Home / Delve into the Depths in the Kobold Blog / One Too Many (Voices in My Head): T’weren’t a Twerp, T’was a Twanger 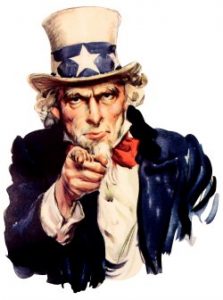 Welcome to Greg “Yankee Dog” Vaughan’s One Too Many (Voices in My Head). His last, best chance to exercise those pesky demons. In his column, you’ll find… I really have no idea, but he gave me $20, so… all yours Greg!

“Pass me the twanger,” said my friend, Harley Upchuck.

“I said, pass me the twanger,” he replied mildly.

“Just exactly what the heck is a twanger supposed to be?!”

“What are you getting at?” he shot back, feathers ruffled.

Clearly ticked off, Harley got up and walked across the living room to where I was sitting and grabbed the TV remote before heading back to his chair. He gave me a cold, hard stare as he changed the channel with the remote and said, “This is a twanger,” as he held the remote out for me to see.

“Not on my planet, it’s not. Where’d you even get that word, anyway? Just make it up?”

“Shall we consult Webster’s then?” this with my best smarmy smile.

“Now you’re just making up all kinds of words.”

“Look, Yankee Dog, you’re not from around here, so you don’t know what kind of words we use in the South…”

This was what it always boiled down to. I had moved to the Great State of Alabama when I was in the 8th grade and remained there until my junior year of high school when I moved back to Oklahoma. Don’t get me wrong, Alabama is great, has wonderful food and, like my own home state, is a Mecca of college football, but in the rural area where I resided, if you weren’t born and raised south of Huntsville you were considered a dirty Yankee.

My attempts to explain how my home was Indian Territory during all that Civil War business and the tribes that relocated there just used the White Man’s war as an excuse to take sides and hash out old grievances with guns and knives against rival tribes fell on deaf ears. We Indian Territory folks didn’t give a whit about States’ rights, or emancipation, or the Kansas-Nebraska Act. All we knew was the prison guards were preoccupied and willing to hand out firearms for a pledge of loyalty, so it was the opportunity to finish up some old feuds that had been broken up prematurely by good ol’ Uncle Sam. You gotta’ love opportunism.

Regardless, my Dixie friends remained unimpressed and “Yankee” became a common imprecation for me when I made them mad or they just felt like picking at me. My arguments that hindsight being 20/20 and the fact that the general outcome of that particular conflict made being a Yankee a pretty good deal didn’t sway them either—the blue coats must’ve cheated they’d mumble. But I digress.

So there we were in one of our typical standoffs: I, an ignorant Yankee invader, and Harley, a sullen and aggrieved Southern gentleman. We liked to call the days when that happened “weekdays.” Clearly, we had no higher authority to which we could take our grievance, and at the age of 14, I tell you, proving the other guy wrong was a BIG DEAL. Heck, we used to wait for the other to doze off in church just so we could give the offender a good elbow in the ribs… good times.

But then, Harley hit upon an idea. He remembered where he had first heard the word “twanger.” It was from Old Man Finney, and we could just go ask him ourselves.

Now Old Man Finney was a squatter who lived on Harley’s family’s land. He had an old motor home trailer parked under some trees off a logging road a couple miles from Harley’s house. Whenever we were feeling brave or foolish, we’d call the dogs and hop on the dirt bikes or just trek through the trees to check in on the old man to see if he was dead yet and what craziness he might spread our way while we sat out in the dirt in front of his trailer and sipped horrible iced tea.

Me and Harley had a standing bet on both how old Finney was and when he would likely die. We both thought upper 80s—he never told us, and we never asked—and he always seemed to be hovering on death’s door with some cough or rheumatic ailment or other that we were pretty sure was a put on.

Harley thought he’d meet his end by accidentally shooting himself with the homemade crossbows he was always trying to put together, and my guess was that he’d get done in by a bear wandering by that he made the mistake of trying to shoot with said crossbows. Either way, we were pretty sure it would be interesting and that his ghost would show up and curse us out just like any other day. The man’s mouth was a font of creative and often unintelligible curse words that he could throw into any conversation as casually as “pass the salt.” We were in awe of his linguistic abilities and breadth of knowledge, so he was the obvious person to bring in to resolve our twanger controversy.

Y’all Come Back Now, Ya Hear?

We found Old Man Finney in his usual green lawn chair, sitting under the tattered awning outside his trailer. He was sipping iced tea with lemon slices from an old mayonnaise jar and shouting a blood-curdling stream of profanity at a small thorn bush. I may have failed to mention: his eyesight was pretty much shot—probably from who-knows-what hooch he cooked up for his late-night drinking when something a little stouter than iced tea was called for. Meanwhile, his dog (also called Hooch, coincidentally) cowered under the trailer nearby.

My best guess was that Finney had called the bush to come over and heel, thinking it was Hooch, and when it didn’t immediately obey, he proceeded to give it a verbal disemboweling. Hooch was a lazy old dog but no dummy. He could hear his name in that diatribe, and there was no way he was coming out to get in on any of that.

I stopped to (carefully) pet the thorn bush and offer it a doggy treat—why spoil the man’s fun?—while Harley went on over and waited for the fellow to run out of breath. When the inevitable gasp for air came, Harley jumped in, talking at a mile-a-minute, “Hey, Finney, how ya doin? Guess that dog of yours ain’t very smart; probably he’s just shy. I expect if you just sat awhile and stared at him he’d eventually give in and come on over like you told him to. Anyway, the reason we’re here is because we need to know about a twanger…” leaving Harley gasping for his own breath.

“Is that you, boys?” Finney asked, opening his rheumy eyes as wide as he could to glare at us.

“Yep, it’s us,” I said as I jogged over to join Harley as he plopped himself down on the ground next to Finney.

I’m sure that was supposed to be a compliment, and the two of us combined together might actually be smarter than his dog, but there was no point in trying to explain how that might not be particularly flattering to us. It’d probably just earn us a good cursing—usually fun, but we were here on serious business and didn’t have time for such shenanigans.

“Why don’t you fellers sit a spell,” he said, motioning to the ground… where we were already seated. Old Finney was never troubled if reality didn’t quite fit with his own perception; he just assumed the real world would catch on and get with the program to meet up with his view of it—which it usually did, oddly enough.

“Have some iced tea,” he said with a squinting smile—the dreaded iced tea. We always hoped he’d forget; he never did. He quickly found a couple soggy Dixie cups; he saved them and washed them in his sink each time—we hoped with soap—and we were soon choking down sips of the rancid swill of his that passed for iced tea.

“Uh, Finney, there’s a wood beetle floating on one of my lemon slices,” I politely pointed out.

“Never you mind. He’ll just take a little bite and leave the rest for you.”

“So the reason we’re here,” Harley began, “is because we’re trying to figure out exactly what a twanger is.”

“Maybe you should have used it to stir your tea before digging in the dirt with it,” I said as I watched his swirling tea turn a cloudy brown.

“Shut yer yap, boy. Muh twanger stick here can also be used to lay a switch across the britches of some smarty-mouth kid.”

The thorn bush showed no signs of approaching, so Finney went back to his instruction. “Sometimes a twerp can be a twanger. Like this here twerp that grows on the side o’ my toe.” Here he removed a boot and showed us a blackened callous on the edge of his big toe.

“Now sometimes, I takes muh skinnin’ knife and shaves that little twerp right offa’ there. Well it’s hard as a rock, so I can use it under the legs of muh table to make it all steady like. Keeps it from creakin’ and swayin’ so much when I eat.”

Oh yeah, gorge coming on up.

“And some of my dishes don’t set quite right, so I can prop one up under the edge and it’ll hold muh dinner plate straight.”

The simultaneous sounds of Harley and I spitting the tea in our mouths back into the Dixie cups hardly phased the old man in his monologue.

“So those twerps become twangers, an’ then it grows back on muh foot an’ is a twerp all over again.”

“Say, you boys must be getting’ dry. Have some more tea.”

Despite the fact that our Dixie cups were more than half full, he leaned toward us with his jar of muddy tea. That was all the opening we needed, and we both jumped up at the same time.

“Gosh, it’s gonna’ get dark soon,” Harley said as he glanced up at the noonday sun. “My mom’s gonna’ be looking for us.”

“Yeah, we better go,” I chimed in, “We can give the rest of our tea to the dog; he might be thirsty is all.”

We set our Dixie cups down by the thorn bush as we walked back to the trail. Hooch flashed us a grateful grin from the nearby trees—he had used the distraction of our visit to escape from under the trailer and make for cover.

“We will, Finney,” we called back. I don’t know that he heard as seeing as how he was now yelling at the thorn bush to fetch the stick he fired at it from his crossbow and cursing it roundly for its lassitude.

“You know, Harley, I was thinking. This was a good excuse for us to get out of the house, take a nice walk through the woods, and get some fresh air. And it’s all because of you. Old Man Finney was right, a twerp can be a twanger sometimes.”