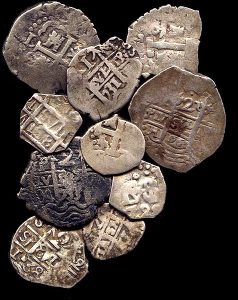 The Wonderful Wizards of the West

It takes a special sort of folk to devote themselves to the study and practice of magic, and then use it mainly for entertainment purposes, but that’s precisely what the Wonderful Wizards of the West have done. A loose fellowship with a leaning towards chaos, these magic-users place more emphasis on putting on a show than they do fighting monsters (though, like all wizards, one should never underestimate them or assume they can’t fling a fireball into your face whenever they want). People from the audience are often invited to take part in shows, whether the Wonderful Wizards are in a large group or not, and many a villager has walked away with a magical prize or two at the end of the day.

A fairly serious group overall, the Regulators are less concerned with their name than they are with their business, which is the regulation of all magical power in and around gambling centers (when permitted within cities or nations). With so many powers available, and so many ways to change the outcomes of things, gambling institutions have come to the conclusion that in-house experts are needed to monitor events. As such, members of the Regulators (lawful no matter how you look at it) have dedicated their time to studying the magic most likely to be used in an attempt to cheat, and they typically work to harshly punish those who try to twist the outcomes in their favor. A huge scene within the hall could drive away customers, so many of the Regulators are as adept with mid-to-long-term curses as they are with luck-based spells.

The members of the Standing Coin are a particularly curious group of magic-users. Generally speaking, their magical power isn’t as high as that of many other groups; they’re typically inclined toward a variety of rogue-like skills, but they’ve deeply studied the magic of luck and worked to master the art of casting without either motion or sound. Their goal, pure and simple, is to profit off gambling parlors and live a life of luxury without letting anybody know what they’re actually doing. Most of the smarter members are well-versed in gambling psychology and habitually use their magic to lose toward the end of the night, giving up a significant portion of their winnings in a public and fairly dramatic way. This helps keep suspicion low and still allow them to walk out with a considerable profit. They’re really more of a loose collective of like-minded individuals than a true organization, though they do have a variety of passcodes and such to permit them to meet up and exchange information on good places to work their tricks.

You are particularly talented in using your magic to entertain a crowd.

Benefit: You may treat half of your total caster level as your skill level for Performance (magic) and Profession (entertainer). You may use these skills untrained.

You are constantly on the lookout for the faintest hint of magic in everyday activities.

Benefit: You gain a +5 bonus to Perception when searching for magical effects, and a +5 bonus to Sense Motive when checking for the use of enchantments.

You are very good at bluffing, and your talent in illusion magic isn’t hurting any.

Benefit: Twice a day, you may add half of your caster level to your Bluff skill when making any Bluff check.