Skip to content
Home / Delve into the Depths in the Kobold Blog / Oklu: Monster Preview for The Lost City 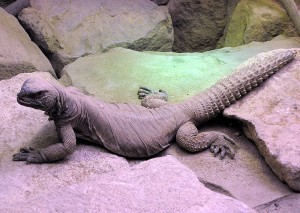 Note: This preview precedes choosing the specific setting for The Lost City. Consequently, few specifics show up here, awaiting a more concrete theme with specific scenery and detailed descriptions of their former masters. Many details will change throughout the design process. You’ll see more sections when we add detail later on!

Bred and trained as perfect servants, oklus sculpt their personalities to suit those around them, gifted by their masters with the ability to escape notice.

Disconnected from the outside world for ages, the Lost City still houses a few descendents of the populace that once called it home. Amid the dust and forgotten relics, a few of the servants still try to fulfill their dead masters’ wishes. The only creatures who still know the layout and secrets of the Lost City, they’re unwilling to give up the secrets their former masters would see protected. However, their information is incomplete, based on the city at the apex of its power instead of its current state, so an oklu knows only legends of the areas beyond its home…

Accustomed to Servitude: The masters of the Lost City, dissatisfied with their workers and soldiers, sought out a new race to serve them. Envoys from the city found reptilian humanoids who instinctively shaped their behavior to fit the whims and personalities of those they met. After enslaving these reptilians in massive numbers, the masters entrusted them with everything: maintenance, housework, trade, and even the defense of the city. And the oklus shaped themselves to be as servile and humble as the masters desired.

No Purpose: To achieve a such a subservient attitude, the oklus rid themselves of ambition. Combined with the masters’ arrogance and certainty of their own perfection, the city stagnated instead of growing or even matching the progress of the world around it. Since the city’s fall, the oklus have kept their old allegiance and attitude as the city deteriorated around them. They do the bare minimum they must to survive, having no greater goals. To them, nothing beyond the city matters.

Impressionable: Though the oklus follow the last commands impressed on them—the orders of the masters—any creature with a strong personality could alter their outlook given enough time. Just a few days with a single oklu or a week among a larger community can substantially alter their behavior.

Turning oklus from enemies to allies simply takes time. This trait convinced the masters to keep their oklus near the city and under orders, rather than sending them out on long missions where they might switch sides.

Hidden in Plain Sight: The masters of the Lost City, wishing to ignore the lesser beings that served them, gave the oklus one great gift: magical camouflage. The creatures used this ability to perform chores without attracting attention, but their warriors became adept at ambushes and guerilla combat. Today, the few oklus who leave the city conceal themselves while gathering food or supplies. If anyone intrudes into the city, most oklus camouflage themselves and notify the guard oklus rather than stalking or attacking the intruders.

Divided by Caste: A rigid societal structure, impressed on the oklus by the masters, governs all their interactions. Their jobs are rigidly defined. Soldiers guard the city, workers repair the city, and hunters gather food for the city, for instance. Individuals never take on tasks outside their roles. Parents must come from the same caste, and their children belong to that caste. While the masters occasionally changed caste assignments to shore up weak areas, the oklus no longer have such guidance. Their meager civilization teeters on the brink of collapse. As hunters and workers dwindle in numbers, their society is losing the ability to support itself.

STANDARD ACTIONS
[m] Short Sword (illusion, weapon) • At-Will
Attack—Melee 1 or ranged 10 (one creature); +15 vs. AC.
Hit—12 damage.
Miss—The servant is invisible until the start of its next turn and shifts 2 squares.

Assassin’s Camouflage (illusion) • At-Will
Effect—The assassin becomes invisible until the end of its next turn, then moves its speed.

2 thoughts on “Oklu: Monster Preview for The Lost City”