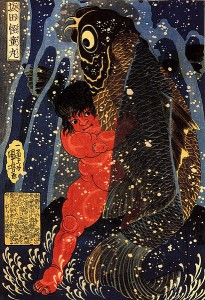 Some creatures rise to legendary status through great deeds and achievements; others may be infused with powers from other realms. Whatever the reason, these creatures are truly awe-inspiring to behold and their bearing makes even the thought of harming them hard for most to conceive.

The legendary template can be applied to any creature. These creatures have a stature and powers much better than a typical creature of their type, and they penalize enemies for attacking them…Prerequisite: Any creature.


TRAITS
Predominant • Aura 5
Enemies in the aura suffer a −2 penalty to saving throws.

Preeminent
The legendary creature gains a +1 to attack and damage rolls. (These values have already been added to the powers presented in this template.)

A legendary creature often makes itself an available target since any attack triggers its majesty power. It uses its fierce challenger power to gain an additional attack. Its predominant ability makes ongoing effects from its allies or its own powers hard to save against.