Skip to content
Home / Delve into the Depths in the Kobold Blog / My First Gen Con: Johnny Wilson 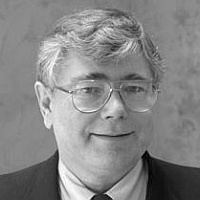 In our “My First Gen Con” guest blog series, we’ve heard a lot from the game designer perspective. But what’s Gen Con like for the “Mad Men” of the magazine publishing industry? Industry veteran Johnny Wilson takes us behind the scenes to a glamorous world of expensive meals with powerful men, steamy encounters in hotel rooms, and deadly peril! (Okay, maybe we’re exaggerating slightly.)


It was 1987, the year before Computer Gaming World won the Origins Award for Best Professional Adventure Game Magazine. I tried to do the impossible—work the show floor by myself all day and play games after the exhibit hall closed. I needed to sell as many subscriptions and back issues as possible to justify my presence. CGW wasn’t large by magazine standards in those days, and the bulk of our travel budget was usually spent on shows more germane to the computer game industry.

Yet, I had insisted to Russell Sipe, our founder and publisher, that the attendees at Gen Con were our core demographic (more accurately, psychographic) and that we needed to be present at the convention to see what they were playing. I also argued that one of our most supportive advertisers, Strategic Simulations, Inc (SSI), would be there as a result of their licensing agreement with TSR.

I don’t think Russ bought my logic entirely, but I put together a package with inexpensive air fare and promised to stay in the University of Milwaukee, Wisconsin dorms. I wouldn’t even have expensive cab fare because Gen Con ran a shuttle bus from the dorms. So, Russ gave me the approval and I booked the tickets…

It was great! At least, the convention itself was great. Staying in a non-air-conditioned dormitory room in Milwaukee in August was not fun. However, said dorm room was just a place to crash, and I made the most of my stay.

I set up our 10 x 10 booth with one little table on it and spread out the boxes of back issues and the new issue just off the press: issue #39, the Game Design Issue with a PHM Pegasus on the cover in honor of Noah Falstein’s new game for Lucasfilm Games (before the division was called LucasArts) and Firebird’s The Sentry (our attempt to be slightly more international by highlighting a product from British Telcom’s short-lived foray into computer games).

Our modest goal was to get 100 new subscribers and only spend as much out-of-pocket cash as the equivalent of one page of advertising in our own magazine. Since that was about $1,500 at the time, it meant that if the total cost of the trip was $2,000, I had to sell at least $500 worth of back issues and new subscriptions. I’m proud to say that the show was a success and that our cost was less than that of a full page in our magazine. Yet, it was tougher than I had planned.

With only one guy manning the booth, that meant that the booth would either have to be abandoned for rest room breaks and meal breaks or I would have to rope someone I trusted into the thankless task of watching the booth for a few moments while I grabbed a hot dog or soft drink.

Fortunately, more than a few of our writers and fans were there. Talk about a fan boy! Imagine how great it felt to have Mike Stackpole (then more famous for his work on Mercenaries, Spies, and Private Eyes, than for his subsequent success with the MechWarrior En Garde! Trilogy and Star Wars comics and novels) not only tell people how my intervention with the publisher of Wasteland had saved the day with regard to putting armor-piercing weapons in the game (necessary for taking out the Scorpitron, but quite a feat given the memory restrictions given to programmer “Burger” Bill Heinneman). Mike not only watched the booth for me during one of my necessary breaks, but he introduced me to Dungeons & Dragons co-creator Dave Arneson for the first time, play-by-mail game pioneer Rick Loomis, Car Wars designer Steve Jackson, and a guy named Warren Spector (who would later stun the world with Ultima Underworld, Thief, and Deus Ex, as well as possibly with that new dark version of Mickey Mouse).

Later, Stackpole organized a dinner at Mader’s Restaurant where I was to meet Loren Wiseman (of Game Designers Workshop fame), Greg Stafford (the keeper of the Cthulhu flame), Jordan Weisman (founder of FASA), the great partners of Strategic Studies Group (Australia’s finest, Roger Keating and Ian Trout), the aforementioned Rick Loomis of Flying Buffalo, and some of the guys from SSI and other companies. There were about 50 people present, all with colorful backgrounds in this gaming business I loved so much and I felt like I’d reached an entire new plateau just to rub shoulders with them.

The most fun was that some of them knew my business partner and boss, Russell Sipe, and, even though all of us contributed to the $783  restaurant check, Mike had Loren FAX a copy of the check to the CGW offices with a note thanking Russell for having me treat all of the designers. We figured that Russ would go ballistic and totally buy the idea that the normally absent-minded Johnny had “done it again.”

(Russ actually surprised me by greeting me upon my return with, “Your FAX came in. You don’t think I’d really believe you’d blow that kind of cash on such a dinner, considering how careful you were about planning this trip in the first place?” He had me, there. But there were a lot of laughs at his expense over the idea that he’d explode. Loren and Mike were standing by to reassure him that I hadn’t actually spent the money, just in case.)

I also remember being invited by a very attractive female friend to a nearby hotel to cool off. She was sorry for me because I was staying in the non-air-conditioned dorm, so we had dinner at her hotel. We had dinner together and then went up to a hotel room where… she connected me with Joel Billings, the President and founder of SSI, to play a game of Typhoon of Steel, the next installment in Gary Grigsby’s great World War II series. It was terrific! I always liked that game because when the Japanese troops reached the breaking point, there was always a chance of a Bonzai attack. In fact, I later confessed to letting my Japanese troops get ambushed just to try to bring about a Banzai attack.

That convention didn’t bring about as much gaming as I had hoped, but I was able to play some ancients miniatures during one evening, and in a Call of Cthulhu introductory game on another evening. But the end of the convention brought another dilemma. I still had a box of new and back issues, and given the cost, I didn’t feel like it was good business to ship them back. Yet, I didn’t want to devalue them by giving them away at the show after other people had purchased them.

Along came Dale Larson (I think this is the same Dale Larson who would eventually create the Cyberboard game utility), the president of a local computer game club. I asked him if the club would like to have the extras at the end of the show to give to club members at the next meeting. He was pleased at the idea and this became a tradition while Gen Con was in Milwaukee.

My second Gen Con was the one where I was threatened with a gun and told by one of our advertisers (after a negative review, of course) that he felt like advertising in our magazine (as long as that so-and-so was reviewing his games) was like “pissing in the wind.” Of course, that’s a story for a different time.

Johnny Wilson has written professionally for over 2 decades in the field of computer games, hobby games, and theology. After leaving the editorial directorship of Computer Gaming World, he served as the Group Publisher for Dragon, Dungeon, and Star Wars Insider magazines for over 5 years. He is the co-author of High Score: An Illustrated History of Electronic Games, Sid Meier’s Civilization: or, Rome on 640K a Day, The SimCity Planning Commission Handbook, and The SimEarth Bible. Johnny recently completed more than a year of teaching Game Design and Careers in Animation/Game Design for the Art Institute of Atlanta.