Skip to content
Home / Delve into the Depths in the Kobold Blog / Monsters and More: An Interview with Adam Daigle 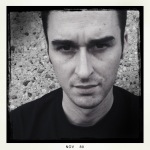 This week sees the launch of the Midgard Bestiary, which the talented and monster-savvy Adam Daigle has sweated blood and tears over for us! We took some more time out of Adam’s schedule to ask him some questions about monsters and more, and he was gracious enough to throw some very tasty bones our way in the form of answers. Come help us pick these particular bones clean by reading this interview with him!

So, monsters. All right-thinking people love them. Why do you love them?

I think I fell into loving them, actually. Designing monsters was one of the first freelance gigs I was given, so I ran with it. As you know, I pitched and got to write some monsters for a few Open Design projects and got a few into Monster Monday blog posts. I have always enjoyed monsters, both in real world folklore and in the game. Before I even played the game properly, my cousin and I would constantly look through the old Monster Manuals, and even before that, as a kid, I would always check out the big illustrated books about animals. I’ve always had a thing for critters—the creepier the better.

What’s your favorite creature type, and why?

I don’t think I have a favorite creature type, though I admit I favor the underdog. It seems, inevitably, depending on setting and system, you end up with a monster list aligned more to one type or subtype than others, and I’ve always tried to push those boundaries to include critters that are less represented. Some of those types, in my opinion, have historically been plants and oozes. But you have to be careful, because a lot of those creatures end up looking too much the same at the end of the day. As far as favorites to design for, sadly the best mechanical choices end up being creature types I don’t want to design too many of because of how it might affect a certain world or setting (such as humanoids and monstrous humanoids), but I seemed to find a fun niche for my mechanical explorations of the dragon type in the Book of Drakes.

Texas is big and badass, but you’ve recently taken a job with Paizo in Seattle. Just how much culture shock has there been?

It’s certainly been different. Austin is a laid-back city and has a lot in common with Seattle, but of course, the weather is a bit different. The first day I got into town it was rainy, cloudy, snowing, sunny, and hailing all changing hourly within a 7-hour window. I was assured that this was abnormal. There’re certainly things I miss about Texas, and certainly other things that I do not miss, but this is a great area and I’m sure I’ll fit in nicely. Texans (and Cajuns) are adaptable people. It’s one of our traits.

My favorite game design trick is to do something that is perfectly intuitive, but different. The best way to achieve this is to mod something off existing design while not breaking the system. Monster design lends itself well to this while still keeping itself grounded, so I suppose me using it as a design safety net has served me well. It can be something simple that achieves this without creating too many new special abilities. For example, one of the first monster designs I did for Open Design was the crag drake for the Halls of the Mountain King project. Thinking of a Large dragon creature stalking through the halls, I gave it a squeeze special ability that let it be treated as a smaller creature when it came to moving through small spaces.

But honestly, the best game design trick is to let the players have fun and feel challenged while the GM is having fun and isn’t stressed trying to run the encounter. This is, after all, a hobby and a game. It’s the kinda thing we do to escape real world stress.

What’s your favorite monster in the Midgard Bestiary?

That’s a ridiculously hard question to answer. I really like SO many of them, and heaps of talented people worked on a number of these. I like a lot of the ones that I pulled from past projects because of the nostalgia, but I also like a bunch of the ones I added because they fit the theme and folklore for the place. Of all the Midgard and Zobeck patronage projects I’ve worked on, I loved Tales of the Margreve the best, I think. It seemed to really fit with Wolfgang’s vision the best and he seemed the most titillated by the design, so I really tried to channel that Slavic/Eastern Europe vibe in the Midgard Bestiary.

Right now I can think of the kikimora and the kot bayun and, not to toot my own horn, but I really enjoyed my take on the zmey—especially because that was probably the most critiqued and playtested creature I’ve ever designed. That said, I like monsters that not only have some sort of combat role, but also can fulfill some roleplay aspect. They need to matter and not necessarily need to fight.

You’ve contributed to all three of Paizo’s Bestiary projects and to the Midgard Bestiary. So naturally we want to know, what’s your Halloween costume going to be this year?

I haven’t figured out what Seattle area folks do for Halloween, so I’m unsure. I used to do Halloween up big time, but I admit the last couple of years I’ve gotten lazy and have been doing a Baron Samedi get-up. I’m sure that among this crew I can come up with something else.

However, one thing I’m sure will be different from Texas is the temperature during the Halloween season. Back home there were plenty of costumes that didn’t have much regard for the temperature, because in Austin, Halloween night could easily be 80+ degrees (or 40 degrees–you never knew). Now that I’m living in an apartment and not an old neighborhood, I’m certainly planning on going out because I can’t imagine handing out candy would be the same.

Have you got a monster combo/team-up you especially love?

I’ve been wanting to do this encounter for years, but now I realize it’s cheese. I’ve really wanted to do a medusa in a dungeon with a ravid she couldn’t quite control. The real plan was that the medusa was a ghost, so medusa-lady ends up turning a bunch of folks into stone and then the dumb ravid ends up animating the “statues” to make for a frustrating fight for the PCs.

In my home game I had a fun encounter in some Greyhawk town that was overtaken by some ghouls, and also by plants. Turns out the assassin vines and such don’t tend to notice the ghouls moving around town. When monster types don’t care or notice each other, it turns out PCs find out the negative aspects of that place real quick.

How awesome are dire weasels, anyway?

Turns out they’re pretty good looking, for a kobold.

Your design seems to lean on real-world mythology and also goes into flights of pure imagination. Which approach do you prefer in your home games?

Pure flights of imagination work nicely in the short term, but structure serves folks best for the long term. I enjoy my concepts more rooted in the real world. That tends to bring out the best in my players. If you stick to theme and pay attention to the parts that are emotionally important, you can do anything to a story and still be a winner. However, I put a ton of importance into designing toward folklore. We, in the modern age, think we are telling new stories, but in fact we’re simply rehashing old stories through a more modern lens.

What do you think of the 5th Edition D&D playtest? (Wait, wrong interview. Skip that.)

When are you going to pitch an article on Pathfinder spells to KQ?

Spells? You know me well enough. Do you think that’s a good idea?

How close is your office to the Paizo soda machine? Also, is it true that the soda machine is an animated object?

I sit about 35 feet from the HR soda machine. It very may well be an animated object, but I haven’t seen it do anything special. I do think it’s evil, however. Before now, I had one sweet carbonated soda a week, and since I’ve been working here I’ve had about four a week. I have noted this increase and have since taken measures to reduce this number.

But yes. The soda machine is referred to as Paizo HR for a reason. It calms nerves and is an ever-present ear/shoulder to lean on. (Many who are not followers of the soda machine instead follow the downstairs break room coffee machine. [A splinter group, I’m sure, led by Stephen Radney-MacFarland.])

If you’re interested in seeing Adam’s work, check out the Midgard Bestiary, which is available now!

6 thoughts on “Monsters and More: An Interview with Adam Daigle”