Skip to content
Home / Delve into the Depths in the Kobold Blog / Monster Mondays: Adze 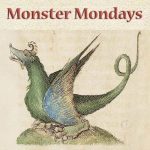 As this glowing fly takes flight away from its victim, you notice a streak of blood that flows from a puncture left behind by the insect in the man’s skin.

Ecology
Environment warm and tropical forests
Organization solitary
Treasure double (14,000 gp in gems and jewelry, including focus for magic jar, 5 doses of powdered diamond, and opals for symbol of sleep at 1,000 gp each)

Change Shape (Su) An adze has but two forms. Its natural form is that of a tsetse fly, which emits light as a firefly, but it can also take the form of a human. An adze’s human form is fixed in accord with its gender—it cannot assume different human forms. The adze’s human form is always that of a frail and sickly subject. An adze can use its spell-like abilities in any of its forms. In its human form, an adze cannot use its bite attack, nor drain blood or its cold light attraction supernatural ability. An adze can shift between tsetse fly and human form as a move action. Equipment carried while in human form melds with the tsetse fly form.

Cold Light Fascination (Su) Every living creature standing within a 20-ft. radius of an adze become fascinated with the light-emitting organs on the adze’s abdomen. Targets may resist with a Will save DC 17.

Light Sensitivity (Ex) An adze is dazzled in areas of bright sunlight or within the radius of a daylight spell.

Swarm’s Charisma (Su) An adze’s Charisma is the same as if it were part of a tsetse fly swarm.

Witchy Person (Su) An adze can attempt to possess a humanoid only when it is in human form. This supernatural ability works exactly like magic jar. An adze often uses this power to spread discord among a populace or else to shed suspicions away from it by making the possessed subject pose as a witch that makes a liberal use of his/her newfound capabilities.

An adze is a vampiric undead with spell-like and supernatural abilities that feeds upon the weakest ones while spreading disease to further sap the strength of its victims. Under its natural form—that of a tsetse fly—an adze can freely enter inside any house, contrary to a common vampire that needs an invitation to do so. The adze can pass underneath closed doors to pay its visits, although it does so only during the night.

Many believe that there is no defense against an adze because many things that affect vampires are ineffective against such creature. Garlic, holy symbols, holy water, mirrors, direct sunlight (exception made due to the creature’s light sensitivity), silver, and running water are all useless. Magic is but the sole option to vanquish an adze, although such an accomplishment is far from being easy, for such undead possess uncanny resistance even when assaulted by spells.