Skip to content
Home / Delve into the Depths in the Kobold Blog / Memoirs of a Lich: Monsters, Part 2 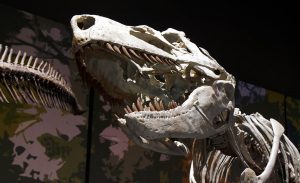 This is Osvaud. Here’s a status report on the murdering 13,680 commoners in 24 hours idea: totally doable but not nearly as fun as it sounds. The paralyzing everyone for appropriate placement actually makes it practical but also “incapacitates” any potential fun. They all look dead, so then, it feels like you’re walking around clawing a bunch of unresponsive corpses. We’d basically be doing it just to say we did it, which is lame. So, let’s move on.

We already discussed using humanoids to form the necessary bulk of your forces (and then animating them as undead when they inevitably die). So let’s talk about the fun monsters.

I’ve reiterated time and time again that the key to being a good bad guy is covering the ruthless pragmatisms first. Once you are secure in your ability to murder at will, you can cut loose and have a great time. Monsters are no different. For any serious work, you’ve got your hand-picked minions and your cowed legions of versatile hobgoblins (and animated hobgoblin corpses). You could stop right there and get along fine in your self-styled role as yet another boring dark lord. Don’t blame me though when you get taken out by an overweight halfling who’s stupid enough to walk around shoeless on your active volcano.

The fun monsters, by contrast, aren’t practical in the slightest. They might be super expensive to purchase and maintain. Maybe they eat your henchpeople or the walls. They could even try converting young impressionable hobgoblin minds into a dumb cult. And good luck getting some of them to use a litter box.

While none of that sounds enjoyable, remember, you’ve got minions to take care of most day to day hassles. Instead, focus on the moment when your vampiric great white shark solidifies from gaseous form above a burglar for a dive bomb.

So what makes for a fun monster? Primarily, it is it being unexpected or unique. Most adventurous types are going to have seen a fair amount of action. Plus, like half of the jerks have some kind of divine inspiration granting a basic understanding of monsters far beyond their actual memories and experiences. Sidestep that malarkey by bringing in the weirdo fringe things you haven’t even heard of, dropping a fortune on some crackpot construct or throwing crazy combinations together with magic to see what happens. Don’t be afraid to experiment. A lot of times, you’ll end up with owlbears, but every now and then, you create a flying demonic hippo with acidic blood.

I guarantee throwing something unique at the burglars gets the reaction you want. Pretty much any ordinary critter is going to elicit boredom… even while they are being murdered.

As noted previously, nothing takes the joy out of killing faster than a lack of victim engagement.

Memoirs of a Lich: Monsters, Part 1