Skip to content
Home / Delve into the Depths in the Kobold Blog / Let There Be Monsters! 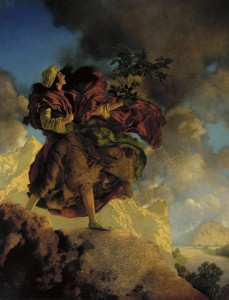 It’s a not-so-secret fact that I’m a total monsterholic. The Monster Manual was the first hardcover book I bought for AD&D, the Bestiaries from Paizo are totally my gaming addiction, and I am always excited to get new and original monsters in my hands, whether it is from a design contest, a book of mythology, or a brainstorming session with fellow gamers. If it’s got claws and fur, I’m for it.

So imagine how excited I am by the possibilities of monsters in the Southlands. I know! A whole bestiary of the creatures familiar from movies and adventure stories and comic books. Gimme colossal iron automatons and the gwangi! Gimme were-crocodiles (Bestiary 4, thank you!!) and deadly poisonous titanoboas, 42 feet long and weighing a ton! Bring on the stuff that would give Conan a hard time, and that would make Sindbad sweat!

And, of course, it’s not all pulp fantasy, either, for our forefathers had plenty of imagination too. Once I get over that first wave of retro-Harryhausen goodness, give me mountain mummies and pishtacos, give me the ammut and the things that dwell in the living jungle. Creepy is just as good as pulpy-and-over-the-topic.

Better still, let’s see the soft-winged peri and the half-bodied nasnas (though yes, some peri are in Bestiary 3). Give me the quiet monsters that will make my hero gasp in wonder and that will make the adventure more than just a mercenary’s slaughterhouse. Make the monsters so wondrously strange that heroes stop in their tracks, unsure whether to parley or to flee.

In the Southlands project, I’m accepting a limited number of submissions of monsters, and I’ll be looking for the very best to develop and publish in the Southlands Bestiary, either as a chapter in the book or (if we get the chance) in a standalone volume. An open call like this is part of the Kobold Press tradition, giving new designers a chance to show their stuff and giving everyone a chance to see things that aren’t just from the same pool of freelancers. The public submissions were a huge success in the Deep Magic project, and though many required a lot of development, they also brought in some wildly original spells.

If you’re interested in designing a monster for publication yourself, I hope you back the Southlands Kickstarter, but even if you have exactly zero interest or ability in pursuing some crunchy Pathfinder design, you will benefit from the results. All that creative fire and ferment will give all of us a richer, wilder, more wonderful book of monsters, full of things to surprise and delight and go bump in the pharaoh’s tomb.

Come, let’s find some monsters in the Southlands.

9 thoughts on “Let There Be Monsters!”