Skip to content
Home / Delve into the Depths in the Kobold Blog / Kickstarting Deep Magic: A Possibly Fireproof Tome for the Ages 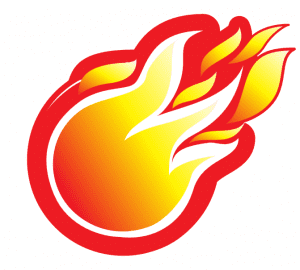 Today the Deep Magic Kickstarter launches. It’s pretty much my dream project for RPG crunch, which is to say: it’s all about the fire spells, baby!

I’ve always loved wizards and clerics, and nothing makes me happier than fireballs coming online, that flame strike spell hitting, or (if I’m feeling especially sneaky) casting the fire shield one round before the orcish hordes overrun the front line. Yes, I’m a pyromaniac when I play a wizard. (There’s a little of that in the project video.) But I swear, hardly any structures burned down mysteriously in my youthful stomping grounds.

But this isn’t all about making things burst into flame. The Deep Magic project collects literally hundreds of spells. It offers variant magic systems. It updates familiar material, gathers new spells from a list of RPG designers you won’t believe, and it does it all at a very reasonable price. There are a lot of Kickstarters out there, but this one is already largely written and edited, and the result is a great big monster TOME of SPELLS. If that doesn’t get your heart beating faster, you clearly play fighters.

At the very least, check out the Deep Magic project page and watch me play with fire in the video. This project is going to burn it up! (In a safe, 20-ft. radius sort of way.)

Wolfgang Baur is a noted game designer and the publisher here at Kobold Press. We swear he’s even more of a pyro at the gaming table than he lets on here. Ask him about kerosene that one time in Call of Cthulhu. Or the sea of fire spell he proposed for dragon magic. You know, that spell’s probably in the book.

8 thoughts on “Kickstarting Deep Magic: A Possibly Fireproof Tome for the Ages”