Skip to content
Home / Delve into the Depths in the Kobold Blog / Howling Tower: Racial Discrimination 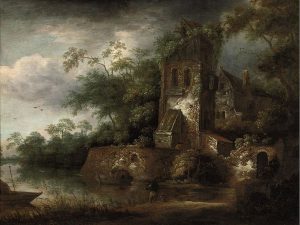 No, not that type of discrimination.

Fantasy roleplayers love their nonhuman races. What started in AD&D with elves, dwarves, halflings, half-elves, and half-orcs has mushroomed into dozens of player-character races in RPGs. Players seem to have an inexhaustible appetite for more races to dabble with. The choices have expanded from humans through the so-called demihumans and well into subhuman, suprahuman, inhuman, and not-the-least-bit human.

Yet, in too many cases, they’re all still basically human.

Science fiction stories, films, TV shows, and RPGs have long been criticized for offering alien species that are little more than humans with unfortunate skin conditions and unfashionable clothes. In RPGs, racial characteristics manifested along the lines of “yiktiks are prone to drama and are drawn to bright lights; they get a +2 bonus to Charm, –1 to Common Sense, and +1 damage with lasers.”

When you’re talking about an alien species, it’s easy to see the failure in such a shallow description. As science fiction fans have matured, authors and game designers have learned to give their aliens real depth. Psychological and cultural differences receive as much or more emphasis than physical characteristics.

What about elves, dwarves, and halflings—or the more extreme cases of gnolls and kobolds? Sadly, uninspiring treatments seem to still be the norm in fantasy settings. Perhaps a human and an elf aren’t so dissimilar to begin with. After all, they can interbreed, implying that they’re no more different than German shepherds and Chinese pugs. You could argue that, but it isn’t a very satisfying answer.

Biology might be a reasonable basis for assigning Strength and Wisdom modifiers. A Clydesdale is stronger than a Morgan, but the Morgan is faster and a Lipizzan is (probably) smarter. But are those the differences we really care about as roleplayers? When you choose to play a drow in Pathfinder, is it because a drow can cast dancing lights, darkness, and faerie fire once per day, or because you enjoy roleplaying a character with the drow’s unique background? The purely mechanical reason is enough for some players, but it misses the point, I think. It lacks roleplaying panache.

I don’t mean to pick the scab off the Stormwind Fallacy here. I do believe that fantasy races deserve more compelling narratives. I’d like to see them treated the way the best SF RPGs handle alien races. The culture, psychology, and sociology of elves and dwarves, or of fetchlings and gripplis, are more interesting than their cleverness with longbows or their nimbleness while wading through muck, from a roleplaying perspective. Choosing to play an elf in D&D should carry the same roleplaying weight as choosing to play an aslan or a hiver in Traveller or a kerrn in Burning Empires. A dwarf or a half-orc doesn’t simply favor some careers over others and have an affinity for oddly shaped weapons that humans don’t often use. Rather, dwarves and half-orcs see the world differently from humans. They have different cultural values. They want different things. They react differently. They think differently.

This doesn’t need to be baked into a set of rules. Any GM can lay down cultural and racial parameters for his or her campaign world. If the GM doesn’t do it, players can create their own. The goal is to treat race less as a secondary character trait and more as a foreground element that is defined by, and in turn further defines, the setting.