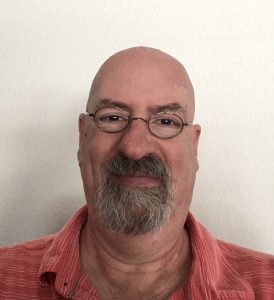 I’m Thomas, the new Editorial Director at Kobold Press. I am absolutely thrilled to be stepping into this role, for it very much feels like coming full circle.

For those of you who don’t know me, I’ve worked in the gaming industry for 30 years, beginning as an editor at TSR, Inc. I eventually served as the Creative Director and Brand Manager for a number of product lines, including the Forgotten Realms, Ravenloft, and Dark Sun properties. When Wizards of the Coast acquired the company, I made the migration west, where I managed the Star Wars RPG and part of the development of the 3rd Edition of Dungeons and Dragons.

For the past two decades, I’ve spent my time freelancing for various game companies, including editing a few titles for Kobold Press. There’s also a bit of fiction on the resume, such as the novelization of The Temple of Elemental Evil, and Insurrection, the second book in the New-York-Times-bestselling War of the Spider Queen series. Over the years, I also took jobs with computer-game companies, the most recent being two and a half years as a designer at Electronic Arts. For the most part, though, I’ve been going it solo.

Now, I’m coming back to my first love: collaborating with a team of very talented people, shepherding terrific RPG titles from concept through Kickstarter to store shelves, and making certain the folks around me have everything they need to do their best work. It’s going to be a crazy ride, but I am eager to get started!