Skip to content
Home / Delve into the Depths in the Kobold Blog / Heritage of Heroes: Abyssal Tieflings 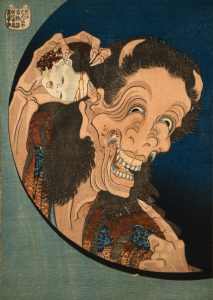 For all the races in all the worlds… what about the subraces? Heritage of Heroes brings you variant racial features for Midgard to help your hero stand out from the pack.

The following variant traits allow you to play a tiefling descended from chaotic demons rather than lawful devils. Your other tiefling traits remain the same.

Tieflings with abyssal heritage usually go by their family name, an Abyssal surname that has been associated with their family for generations. Among friends or colleagues, they use a name they chose themselves, often adopting the name of a deceased companion, or of a mythical or historical figure.

Chaos Resistance. You have resistance to psychic damage and advantage on saving throws to resist madness.

Corrupting Gaze. You know the thaumaturgy cantrip. Once you reach 5th level, you may use an action to cause one creature who can see you to go briefly mad. The creature must succeed on a Wisdom saving throw or be afflicted with short-term madness for 1d6 rounds. The DC of this saving throw is equal to 8 + your Wisdom modifier + your proficiency bonus. You may only use this feature again after completing a long rest.

Languages. You can speak, read, and write Common and Abyssal.

Most abyssal tieflings appear to be normal humans with small horns protruding from their scalps. Many pass for humans much more gracefully than infernal tieflings. However, those whose chaotic bloodline is especially potent bear strange physical mutations that inspire fear and disgust in common folk. You may roll 1d10 or choose one of the following mutations.

Characters exposed to corrupting demonic energies for dangerous lengths of time can develop these mutations as well.