Skip to content
Home / Delve into the Depths in the Kobold Blog / From Screenplay to RPG: Interweaving Plotlines with a Three-Act Structure (Part One) 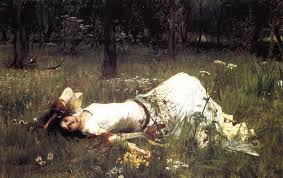 Okay, now that the disclaimer is out of the way, we can delve into the realm of plotlines. Interweaving plotlines within a campaign can be amazing, but it can also lead to your players feeling like you are forcing them down certain paths. The trick is to build layered subplots without limiting choices.

Typically, screenwriters build their scripts out of three “acts.” Each act has a specific purpose and contains certain milestones that can be seen from movie to movie. This is sometimes referred to as the Three-Act Structure or the Hollywood Formula, but really it is a manner of storytelling that evolved over the centuries to become ingrained in our minds.

Act One introduces the hero, the villain, and the problem at hand. In Star Wars, we meet the characters and learn about the Death Star.

Act Two follows the hero along the ups and downs of the adventure. The middle of the act is marked by a high point or a moment of victory, and the end is marked by the worst possible thing that can happen to the main character. Luke and company fight their way to the Death Star and rescue Leia (high point), but then as they escape Obi Wan dies (low point).

Act Three brings the hero and villain to their final confrontation and we learn if the problem presented in the first act is solved. Luke blows up the Death Star.

So how does that apply to RPGs? That’s where you need to be a good juggler. By putting your subplots into a three-act structure, you highlight moments of similarity between them and can more easily find places that need to be filled. Since you don’t want all of the moments in each of your subplots to happen at the same time, you can offset them from each other creating a layered effect. Doing this will make the campaign seem like a coherent adventure rather than three separate subplots.

In my current campaign, my players are trying to free their home from the control of a council of nobles determined to purge adventurers from the city. That’s the overall plotline. Within it, however, are three subplots, which I will show with their three-act structure.

A – Tracking down evidence to use against the Council Leader

Act One: Heroes discover that the hated Council Leader has something shady going on

Act Two: The Heroes hunt for an ex-henchman with dirt on the Council Leader

After much searching, the henchman’s daughter agrees to help them (high point)

The henchman is murdered before passing along the info (low point)

Act Three: Learning the daughter has the info, the Heroes rescue her and get the info

B – Evading the clutches of the Council Guard, the Redcloaks

Act One: The Redcloaks raid the Hero’s home, forcing them to go on the run

Act Two: Hunted by their foes, the Heroes search for a safe shelter

A minor Council Member takes them in (High Point)

Act Three: The Heroes rescue the Council Member, evade the Redcloaks, and get a new base

C – Protecting the city from a strange influx of Revenants

Act One: Learning about the Revenant threat and a few first encounters

Act Two: The Heroes attempt to track down the source of the Revenants

Act Three: The Heroes confront the mastermind behind the machines in his lair.

Now these subplots and plot points are tailored to my campaign and my players. I’ve gamed with them a long time so I have a pretty good idea how they will react. Even in my game, being this specific can be a problem. Players are not always so predictable. They will go off on tangents or draw the wrong conclusions or simply follow something shiny. My advice is to make the milestones in your own subplots specific enough to advance the plot but vague enough that you can alter them on the fly and plug them in where needed.

For instance, in the Subplot A (Act Two) example above, even though it says “After much searching, the henchman’s daughter agrees to help them,” it does not have to be the daughter. If the players seem friendlier with another NPC, I will make that character help them.

It is a tricky balancing act, and you may have to completely abandon or delay a subplot if things don’t come together. But that’s okay. It’s far better to put something on the back burner than to force it down your player’s throats.

Next time we’ll look at how to weave these different subplots together.

5 thoughts on “From Screenplay to RPG: Interweaving Plotlines with a Three-Act Structure (Part One)”