Skip to content
Home / Delve into the Depths in the Kobold Blog / Dungeons & Decameron: Magic Items from Classical Literature 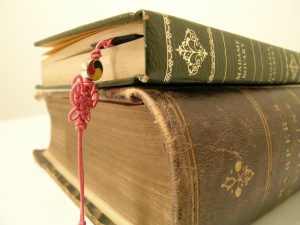 Storytelling games are as ancient as humankind. In his most-known book, The Decameron, the medieval Italian writer Giovanni Boccaccio (1313–1375) narrates how a group of young people manage to exorcise the fear of the Black Death spreading in Florence through the art of narrating stories. Many of them contain fantastic elements—even magic items are cited…

“The other is what we lapidaries call Heliotrope, a stone of exceeding great virtue, for that whoso hath it about him is not seen of any other person whereas he is not, what while he holdeth it…”  (“Day the Eighth,” The Decameron)

A dark stone dotted by blood-red spots, the Heliotrope is one of the most prized alchemical treasures of the European classical and medieval tradition. Also known as The Stone of Babylon, its miraculous properties are described by many ancient sages, including Pliny the Elder, Albertus Magnus, Damigeron, and, of course, Boccaccio. Like many other traditional magic objects, it is believed to confer great stealth and strong health, together with a certain degree of control on raw forces of nature.

This item is a palm-sized bloodstone, comfortably warm to the touch. It has the following properties.

Spells. The Heliotrope has 8 charges. While holding it, you can use an action to expend 2 or more of its charges to cast one of the following spells from it: invisibility (2 charges), aura of vitality (3 charges), and control weather (8 charges). The stone regains 1d4+4 expended charges daily at dawn.

Reproductive. One time per month, the Heliotrope produces a nonmagical bloodstone worth 50 gp.

“Then do thou make shift to bring me a piece of virgin parchment and a live bat, together with three grains of frankincense and a candle that hath been blessed by the priest, and leave me do […] Know, Calandrino, that, if thou touch her with this script, she will incontinent follow thee and do what thou wilt…”  (“Day the Ninth,” The Decameron)

Another traditional alchemical remedy, the Seducing Talisman is a small envelope of parchment sealed with blessed wax, containing a desiccated bat perfumed with incense. In the medieval tales, it is often used to obtain the favors of beautiful damsels and princesses but also to persuade gullible people to perform silly and funny acts.

This item has the Confident special feature, so it helps its bearer feel self-assured. It has also the following property.

Seduction. The Talisman has 3 charges. While holding it, you can use an action to expend 1 of its charges to cast the suggestion spell. If the course of action you suggest to the target involves “romantic affairs” (at GM’s discretion), the target’s Wisdom saving throw to resist the suggestion is made with disadvantage.