Skip to content
Home / Delve into the Depths in the Kobold Blog / Drama vs. Realism vs. Game: Maximum Effort 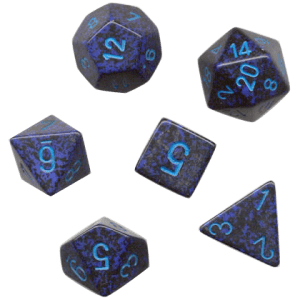 A super-strong hero needs to save his girlfriend—it’s the most important thing he has ever done. Problem is, she’s trapped under a bus that’s heavier than anything he’s ever lifted.

In a dramatic scenario, the hero’s actual strength is not what matters. What matters is whether it’s dramatically appropriate for the hero to save the girl, or not. Perhaps the hero is supposed to save her, in which case he flexes his muscles and strains with all his might and he barely lifts the bus enough for her to crawl to safety. Or, perhaps, he is supposed to fail, maybe learning a lesson in the process, or becoming a haunted and dark hero. In the latter case, he flexes and strains but it’s just not enough and he watches her expire before his very eyes, knowing that he couldn’t be the hero this time.

Roleplaying games tend toward the realism side of things in terms of ability limits. Many games define what exactly the cap of a person’s ability is. Certainly, it’s easy to calculate what the best possible result is for any given check. Generally, there’s a target difficulty, which makes the probability of completing a task fall somewhere between likely and impossible.

Success is determined by a roll of a die, but that doesn’t always reflect the most desirable outcome. Let’s take our superhero, for example. To represent the monumental difficulty of his task, we would assign the task a probability of “very unlikely”—whatever the dice system, he probably has less than a 10 percent chance to succeed. The dice are rolled, and everyone collectively holds their breath, hoping for an unlikely result. Chances are good that he fails. Everyone is disappointed, and the dice are blamed for not being on the hero’s side.

What are the alternatives? We could lower the difficulty to the point where the hero is likely to succeed, but then the victory might feel cheap, like maybe the task wasn’t actually that difficult or the storyteller was going easy on the player.

The storyteller could simply decide success or failure in advance and describe the scene, without calling for a die roll. However, this might feel like deus ex machina. Moreover, if the storyteller decides that the outcome is failure, the player is likely to be upset because she didn’t have a chance to succeed.

An interesting solution that adds dramatic elements to a realistic scenario is the use of a resource the players can spend to increase their chances. Alternatively called Hero Points, Destiny Points, Fate Points, Bennies, or Action Points, these resources are finite, but can be spent by players when dramatically appropriate to significantly increase their chances of success. It might give the option to reroll a failure, grant a significant bonus, or even automatically succeed.

An interesting take on this is the GUMSHOE System, which gives players a resource to spend to move the story forward. Because the resources are finite, players must choose when it’s important to succeed and when failure is okay.

Another alternate take on this problem can be found in the Smallville Roleplaying Game. In it, players are super-powered, but how good the character is at using their abilities depends on how strongly they feel about the situation. For instance, if our superhero is motivated by love, he might be able to lift the very heavy bus, but if he is motivated by the pursuit of power, he might not be able to.

What do you think about using dice only when you think it’s better to have a random outcome? What other game systems have you used that provide you with a good sense of dramatic pacing combined with dice rolling (or other means of randomization)? What did you enjoy most about them, and why? Discussions are welcome below!

2 thoughts on “Drama vs. Realism vs. Game: Maximum Effort”