Skip to content
Home / Delve into the Depths in the Kobold Blog / Tales of the Old Margreve: Baba Yaga 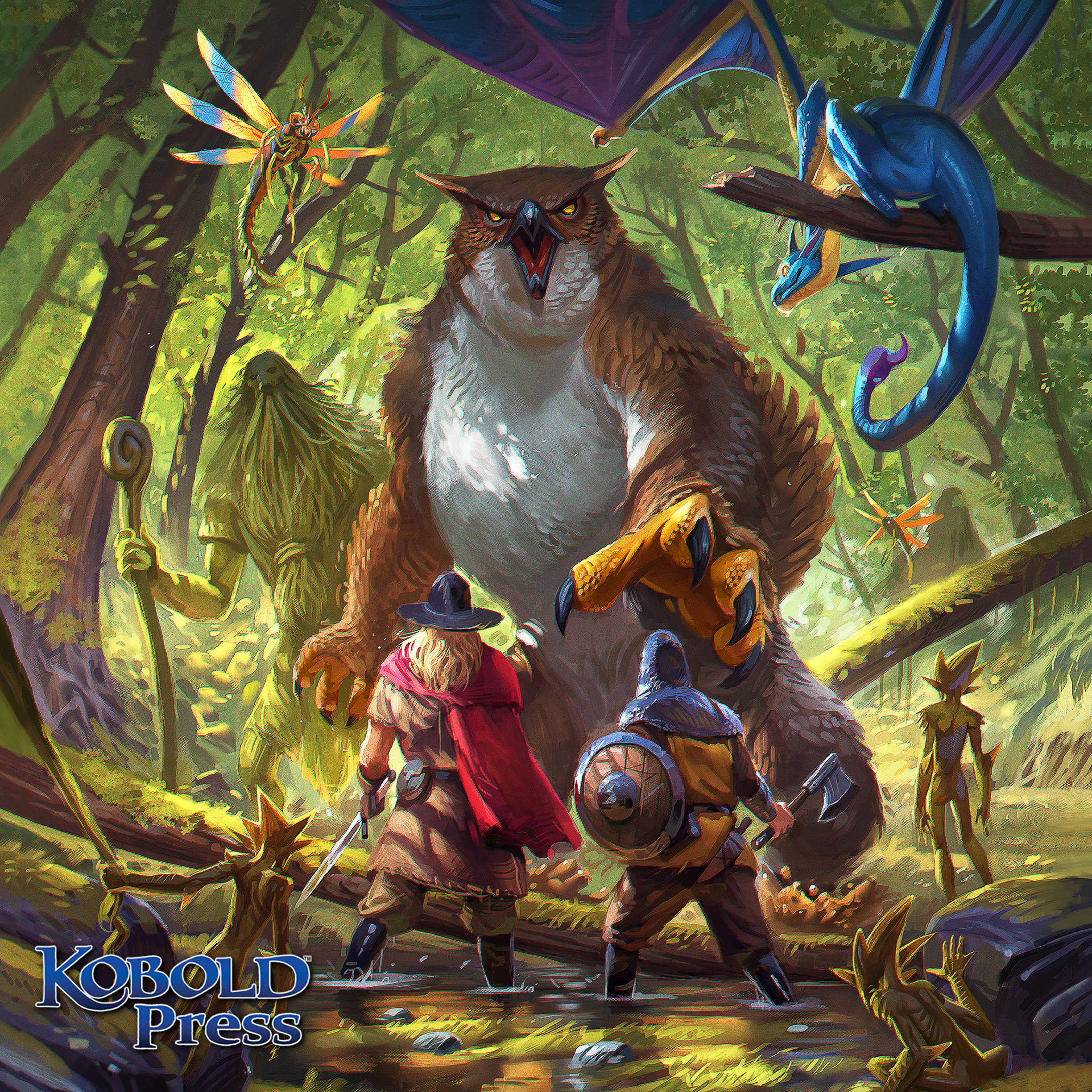 “The Margreve came before such recent inventions as gods and spells and names and language.” (Baba Yaga)

The stories and legends of the Old Margreve invariably turn their attention to Grandmother—or Baba Yaga. The denizens of the forest often feel Baba Yaga’s eyes upon them while they travel under the canopy. Sages, scholars, and madmen discuss her connection with the forest, its connection with her. In their squabbles, they agree on only one thing: Grandmother and the Margreve are inextricably linked to one another. Rumors of her and the forest abound. You’d do well to learn all you can, just in case some hold a kernel of truth.

Margreve scholars say that Baba Yaga can be found in the Central Heart, more than almost any other place in Midgard. Her living house has been seen walking on its birdlike legs between Baba’s Wend and the Mistwallows, easing through the landscape mindful and respectful of the Margreve. Deeper within the Central Heart, there is a hidden glen filled with rocks the shape of men. The elders of nearby Ulchik Village claim that these are the remains of a cadre of druids punished by one of Grandmother’s daughters for a perceived slight centuries ago.

Many claim that the very trees of the forest serve Baba Yaga and her sisters, that any word uttered or transgression against her within the presence of the trees will be known to Baba Yaga and her kin. They also say that the forest’s magic touches not Baba Yaga, recognizing her as kith and kin.

Whatever tales you hear of the Margreve and Baba Yaga’s place in it, know this: something has changed. Her attention, particularly within the eastern forest, has redoubled in recent years. Those that know where to look point to a prophecy, “An Eastern Heart shall be born… and the great witch shall die,” as the cause of her concern. Her enemies stand aware, watching and waiting for signs and portents of her decline. One enemy, an ancient evil zmey called Black Teeth, has tired of waiting and hunts the Margreve looking for a way to end his feud with Grandmother once and for all.

Join the Tales of the Old Margreve Kickstarter!