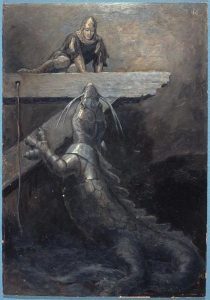 Drake Style: Mimicking the unpredictability of drakes, practitioners of this style attack their foes with a series of confounding, random movements, which eventually provide a clear opening for more deadly attacks. Masters of this style learn to jump so well they appear to actually fly.

Your unpredictable, yet weak, strikes create openings for you to truly damage your opponent.
Prerequisites: Acrobatics 3 ranks, Bluff 3 ranks, Improved Unarmed Strike
Benefit: You only take a −2 penalty to feint attempts against a nonhumanoid. You also deal an additional 1d6 damage to a creature you have successfully deceived with a feint. If you fail to feint your opponent, your damage rolls take a −2 penalty (minimum 1).

Prerequisites: Acrobatics 5 ranks, Bluff 5 ranks, Drake Style, Improved Feint
Benefit: If you succeed at a feint attempt, your target treats you as if you have total concealment until the beginning of your next turn.

Prerequisites: Acrobatics 9 ranks, Bluff 9 ranks, Drake Trickery, Greater Feint
Benefit: As a full-round action—provided you succeed at a Acrobatics check (DC 20)—you may jump up to 15 ft. in the air, attack your opponent at your highest melee attack bonus, and attempt a feint against that opponent. You may land in any square adjacent to your opponent, provided it is no more than one size category larger than you. This does not provoke an attack of opportunity. If you fail the Acrobatics check, you incur attacks of opportunity from eligible creatures (including your target)