Skip to content
Home / Delve into the Depths in the Kobold Blog / Loaded Dice: Called Shots 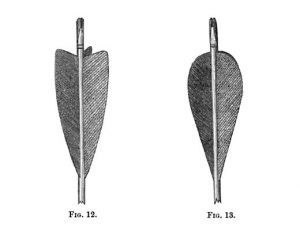 The Advantages, Disadvantages, and What You Can Expect in Pathfinder

Dealing damage in Pathfinder can take a lot of different forms, flavor-wise. A good storyteller will look at the weapon a player’s character is using, the spell that was cast, the creature being attacked, and weave together a complete image of what that attack looked like. Mechanically-speaking though, damage, is damage, is damage. Unless, that is, a storyteller allows called shots.

What Are Called Shots?

Called shots are not a new idea, and they aren’t even unique to Pathfinder as a game. The idea is always the same, too; rather than just taking a generic attack at an enemy, the character chooses to aim for a specific part of that enemy’s body. Whether it’s a fencer disabling an adversary’s sword hand, or a gunslinger putting a bullet between a wizard’s eyes, the idea is that these shots are both more difficult to accomplish and they present a way to deal damage that has different, mechanical implications.

How Do Called Shots Work?

The rules out of the gate for Pathfinder’s called shots are fairly simple. A called shot is a unique, full-round action that cannot be combined with other abilities or feats that require special attack actions. So you can’t use Vital Strike, but Power Attack or Deadly Aim would still be allowed. The player calls a specific area of the anatomy, whether it be the hand, vitals, head, ear, eye, arm, leg, vitals, or any other location listed in Called Shots on Page 193 of Ultimate Combat, and a negative modifier is applied to the attack. The more difficult the place to hit is, the bigger the negative the attack takes. Called shots may not be made with spells, wands, or any other form of touch attack, excluding firearms.

When a player hits with a called shot, there are three options. The first, a basic hit, will do damage and inflict a temporary negative on the enemy. A called shot to the eye renders an enemy half-blind (or fully blind if it’s a cyclops or other one-eyed creature), granting its enemies concealment for 1 round and instituting a -2 penalty to Perception. If the called shot is a critical hit, then a more extreme negative is put in place, typically extending and worsening the lesser negative for several rounds. A critical called shot to the eye blinds that target’s eye for 1d4 minutes, imposing all the lesser penalties. If a player rolls a debilitating blow (for GMs who use massive damage rules), then something extreme happens. Typically the creature loses the limb, or its functionality is destroyed until magically healed.

The Advantages and Disadvantages

On the one hand, called shots can add a lot of fun and drama to Pathfinder combat. They allow for specific parts of the anatomy to be targeted, like a vampire’s heart or a zombie’s head, which can lend themselves to strategically fought combat. Also, with the called shot feats listed on page 195 of Ultimate Combat, it’s possible for players to build a character who takes called shots with greater ease, crippling enemies in dramatic ways. On the other hand, some players and storytellers may feel there’s no reason to make dramatic combat into a mechanics and rules issue. Additionally, some players might feel that giving the storyteller and all of the monsters access to called shots (turnabout’s fair play, after all) is not in their best interests.

At the end of the day, called shots can be a useful addition to the game or a mechanic just waiting to be abused by players with itchy trigger fingers. Although storytellers can declare that called shots either are or aren’t allowed at their tables, as with any other rules it’s a good idea to ask players what they’d like to see. While the storyteller is the final arbiter of the world’s rules, if the players don’t want to keep playing then the game is going to come to an end quite quickly.