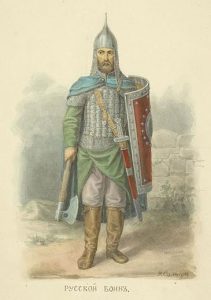 Clutching his patience, the shopkeeper raises an eyebrow. “+2 what, sir?”

In chess, saying a piece is killed or captured and then removing it from the board serves its purpose. In a roleplaying game, evocative language separates a rule that stumbles from one that strides. A carefully chosen key word creates the immersion that is so important in a fantasy setting. More than just an exciting explanation of the power the characters wield, key words illustrate what the characters experience. Dealing 1d6 damage per level to all creatures in a 20-ft. radius is a dull spell until it is called fireball and described as an explosion erupting on a medieval battlefield, scorching the horde of incoming orcs. This language illustrates a scene that is far more interesting than what is really happening: a series of d6s are rolled and the result is compared to a stat block to determine who lives and who dies.

Despite the extensive examples of great descriptive words in the world’s oldest fantasy RPG and its offshoots, some of the baseline magic items are bleached by some of the blandest keywords in the game. +1 sword. +2 shield. +3 armor. Sure, math is involved when you’re determining whether your character hits, but to a character trying to drive her weapon through the plated hide of a dragon bearing down on her, a +1 here and a +5 there are absolutely meaningless when it comes to evoking a memorable, shared story.

The following keywords are designed to substitute the numeric bonuses applied to armor, shields, and bludgeoning, piercing, and slashing weapons. Using these keywords breaks away a layer of metagame language and makes a world of difference to the player characters (and their players). Now the fighter can walk into the weapon shop and ask for a sword of carving, confident that the shopkeeper will know exactly what he is looking for. (This is the first part of a two-part series, so check back for more soon!)

Armor and Shields
“My shield is to me an outer wall, like the gate to a fortress. My armor is that fortress.”
—Bennetia of Sentay

Many warriors compare their armor to a transportable castle. They use metaphors about laying down mortar to mean suiting up or refortifying to mean armor shopping. Likewise, terms normally used to describe fortresses and their construction can be applied to the protective properties of cornerstone magic armor and shields.

Safeguarding: Armor or a shield of safeguarding provides the wearer with a +1 enhancement bonus to Armor Class.

Bastion: A bastion shield or suit of armor gives the wearer a +2 enhancement bonus to Armor Class.

Bulwark: A bulwark shield or suit of armor provides the wearer with a +3 enhancement bonus to Armor Class.

Rampart: A rampart shield or suit of armor provides the wearer with a +4 enhancement bonus to Armor Class.

Aegis: An aegis shield or suit of armor gives the wearer a +5 enhancement bonus to Armor Class.

Bludgeoning Weapons
“Smash!”
— A mountain man known only as the Barbarian.

Although wizards often carry quarterstaffs and many clerics favor the mace, bludgeoning weapons are predominantly the tool of choice of savage humanoids, dimwitted giants, and brutish warriors. As the simplest type of weapon to craft—if they are crafted at all and not just a thick branch or chunk of statue found lying around—bludgeoning weapons also have the most simply named magical properties. Only the most powerfully enchanted bludgeoning weapons, likely wielded by a higher class of adventurer, are given a more complex name.

Ruination: A weapon of ruination provides a +5 enhancement bonus to attack rolls and damage rolls.

Watch for more to come within the next several days!