Skip to content
Home / Delve into the Depths in the Kobold Blog / Deadly Harmony: Creature Combinations 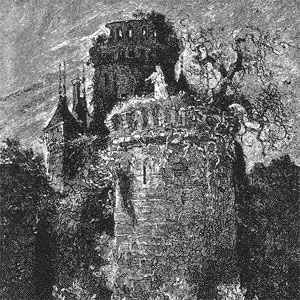 Undead creatures don’t like to play nice with living creatures. Perhaps the characters living in your world have seen a fair share of zombie hordes rushing hapless villages, swarms of undead rats stripping flesh from dead and dying people, a ghost of a wronged citizen haunting the former headman’s house, or a vampire stealing away the local blacksmith’s child. In theory, even as living creatures work together (willingly or not) to achieve a specific goal or two, so too can undead. But how often do you see that in your games? Do you want to consider a few potential combinations as a GM? If so, take a look at a couple of quick suggestions that might give your players a surprise and provide you with some interesting story hooks.

Intelligent, deadly, and often beautiful, the vampire is an ancient creature who once walked amid the living as one of them and who now preys on their lifeblood instead. The mummy, who also once lived a different life entirely, is a guardian and a terror. The most powerful of their kind are every bit as kingly and mighty as the oldest vampire. When combined, they can form a terrible alliance that can last for centuries.

This dreadful pair can become fast allies after a vampire rises from a tomb that the mummy was tasked with guarding. Once allied, the mummy can follow the vampire around as a bodyguard of sorts — or perhaps, if you want to add a twist to your campaign’s story, the vampire becomes the mummy’s bodyguard instead. If multiple mummies and vampires come together, the powerful mummy in the group can form a pact of protection with the master vampire. In this latter case, perhaps the group seeks to defend a tomb or other important structure that holds something important to the adventurers.

In battle the abilities that vampires and mummies have complement each other immensely: A vampire’s energy drain makes opponents easy victims to the mummy’s despair and mummy rot abilities. The CR noted above uses the vampire detailed in the Bestiary and her three mummy bodyguards.

Families are interestingly diverse — and tragically so, in some cases. For our backstory purposes, a family might ignore a child or set up a situation where a child might have little to no social interaction with other members of the family. After dying, the father or mother might come to regret how things were while living. Perhaps he or she (or both) finally realize that nobody in the family truly knew the poor child and so the desire to live again flares, bringing that person (or even both parents) back into existence — but as a ghost. But, why stop there?

Let’s say that as the parent of this unloved and ignored child realizes his or her mistake and seeks to rectify it, the child dies and becomes an attic whisperer. After the child makes the transition from dead to undead, the parental ghost becomes lethally protective of the attic whisperer. In return, the attic whisperer hides any knowledge or evidence that would allow someone to free the ghost. After all, why would the little one want to lose this newly attentive parent after so many years of being ignored? Because neither undead creature wants to let the other go, both become trapped in their limited existence. The CR for this potential story hook reflects the ghost detailed in the Bestiary and a single attic whisperer child from Bestiary 2.