Skip to content
Home / Delve into the Depths in the Kobold Blog / Bait & Switch: Well, I Didn’t See That Coming 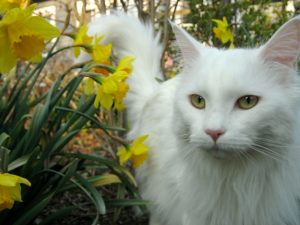 Some trapsmiths believe in the tried and true “bigger is better” in trap design. However, some of the more offbeat trapsmiths prefer complexity in their designs.

Many of these traps comprise multiple smaller traps, and the CR of each is determined separately. Stages should be treated as separate traps (e.g. requiring separate Perception checks). If only a single DC is provided for a check, it applies to all such checks for the trap. These traps either have bait incorporated into them or produce their own when triggered…

This trap creates its own bait by ensnaring victims and hoisting them 10 ft. off the ground and upside down. If the rope used in the snare is pulled on or cut without first disabling the ceiling trap, it will trigger the ceiling to fall.

A favorite of paranoid spellcasters protecting arsenals of scrolls, the self-destructing scroll rack trap seems like a standard trapped scroll rack with a poison dart trap. However, when one of the scrolls is pulled from the rack without first deactivating the secondary trap (either through Disable Device or Perception to find the hidden switch) it smashes a vial of alchemists fire over each scroll effectively destroying the scrolls and burning anyone near the rack.

This trap is a 10-ft.-by-10-ft. door with a relatively easy to spot trap of flying debris . The idea is to lure intruders into thinking something important is behind the door. However, the only thing behind the door is a 10-ft.-by-10-ft. room containing a gelatinous cube with a large spring-loaded mechanism behind it that forcefully launches it 10 ft. forward, directly into anyone unfortunate enough to be standing in its way.

Pits are such a commonplace trap in dungeons that many adventurers carry implements solely for climbing out of them. This pit trap, however, has a secondary effect that is triggered when weight (equal to two Medium creatures) is within 5 ft. of the edge of the pit. This causes the hole to collapse wider and potentially spill even more victims into the pit.

This trap wipes out novice adventurers and leaves experts waking up in cold sweat with the memories. A simple and almost-impossible-not-to-find javelin trap hides a devastating heightened symbol of death. A single Perception check (DC 34) is enough to find both traps and identify the danger of disabling the first trap.

The trouble with traps that summon creatures is the tendency for adventurers to simply flee until the spell ends, returning later when the danger has passed. What they don’t expect is for a fluffy white ball of fluffy cuteness to suddenly pop into existence and mew helplessly. Unaware of the disguised devil, many adventurers either ignore or try to help the poor kitten… until it spits out infernal epithets and casts ice spells against them.

9 thoughts on “Bait & Switch: Well, I Didn’t See That Coming”