Skip to content
Home / Delve into the Depths in the Kobold Blog / Ask the Kobold: Unhallowed Silence and Making Tough Calls 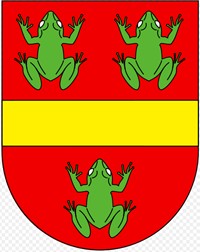 How would do you adjudicate an unhallow spell when is has a silence spell added to it and the caster chooses to make evil creatures immune? My guess was that creatures save once when entering, and that the spell goes away when they leave, but they need to save again when they enter again.

I also guessed that it would be a modified silence in that it would not have a 20-foot radius. Any way you adjudicate it, it appears to call for some slight twist of the rules. Just how does the silence spell act? Do objects keyed creatures drop make sound? If a character fails the save and becomes silenced, can he or she stand next to a foe, or within 20 feet, and then silence them?

The spell description lays out the answers to most of these questions pretty well, and we can use that as a jumping off point to answer the rest.

In the case of a silence spell, the entire unhallow area would become cloaked in silence. Creatures would not receive a saving throw against silence effect when entering the area (because silence does not allow a save when cast on an area, only when the caster tries to make a creature the center of the spell’s emanation). Nor do they pick up mobile silence effects that move with them.

Can the Weapon Focus feat ever apply to spells? If so, what spells?
If you use the spell as a weapon, you can use Weapon Focus or any other feat that affects weapon attacks with it.

You can treat certain classes of spells a single weapon type. These certainly include ray spells (that is, effect spells with the ray entry), touch spells (spells with touch range and a target entry of creature [or object] touched), and energy missiles (any spell with an energy descriptor and effect entry whose effect is an energy discharge that you hurl or otherwise direct with a ranged or melee attack, such as produce flame or acid arrow.) Other classes of weapon spells are possible.

Keep in mind that weapon spell still works like a spell. It interacts with special qualities such as damage reduction, energy resistance, and spell resistance the way a spell does.

No matter how tightly the designers write the rules, players, adventure writers, and DMs themselves will find gaps and gray areas that require clarification. That task invariably falls to the DM at the table. The advice from a few weeks back on altering the rules applies here because you’re setting a precedent for your campaign. To help make the right call, consider the following:

• Take your time and allow yourself a Mulligan (or two).

Players often will press for a fast answer that favors them (or that “just happen” to favor them). Don’t give in. When you must make a ruling during a game, you’ll most likely want to decide quickly just to keep things moving, and that’s fine. Nevertheless, take a moment to consider your options, and always explain to your players that you’re making a ruling now so the game can continue, but that things might change once you have some time to think things over.

If you later decide to change your mind, communicate the change to your players as soon as you’re able and explain things carefully.

When considering a ruling, look for a rule or a situation where you confident about the answer, and try to extrapolate from there. For example, in our earlier discussion of the unhallow and silence spells, I began with the two spell descriptions. I considered how a silence spell would work when not associated with an unhallow spell and worked from there.

• Think about how the situation would play out in the game world.

Remember that the game represents heroic action on a world where magic works. In the case of the Weapon Focus question, I thought about what characters in the game do with weapons and how a spell might work in a similar way. Some spells simply go where you aim them (magic missile, for example). These spells aren’t much like weapons. Other spell require you to strike at foes and take a chance at missing (such as flame blade and acid arrow), and those seem quite a bit like weapons.

Ask the Kobold is a free service of the Kobold Quarterly site, but we need your questions to keep going! Ask in the comments.

(Oh, and a noprize to the first reader to explain why there’s a shield with frogs illustrating the column this time out. It’s pretty obscure.)