Skip to content
Home / Delve into the Depths in the Kobold Blog / Hirelings in Peril: An Option for Your Fifth Edition D&D Game 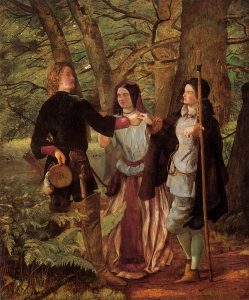 Let’s face it: sometimes you need a tank and you just don’t have one in the party. Whether you’re looking to hire a few meat shields or trying to ensure that you have a vital role covered in a smaller-than-average party, hirelings are a way to shore things up a bit.

Hirelings are designed to be simple and to get out of the way when you don’t need them. You only have to worry about a few things.

All hirelings have special abilities that make them useful. Anyone can use a hireling’s special ability at any time, provided you satisfy the requirements of the ability and are willing to pay the cost. In many cases, the cost of using a hireling’s ability is increasing its peril die; the more useful hirelings are in a fight, the more the monsters see them as a threat.

Some special abilities have different costs, and some are designed to be used in non-combat situations. A good hireling has at least one combat ability and one non-combat ability.

If a hireling is down at the end of a fight and you don’t give it some healing, that hireling dies. Very sad.

The Cost of Good Help

Hirelings don’t usually work for free. The Player’s Handbook lists costs for hirelings; you can use those costs if they make sense. Particularly skilled hirelings might instead work for a share of the treasure. Others might have some non-monetary reason for following you around.

After everyone in the party has leveled up, you can give your hirelings one advancement each from this list:

Defender: When a monster attacks you, increase the bodyguard’s peril die by one step and immediately roll it. The attack misses you.

Flank Attack: When you hit an enemy, increase the bodyguard’s peril die by one step to deal +5 damage.

Vigilant: As long as you pay the bodyguard 1 gold per night, that hireling always takes a watch shift when you set watch and always spots incoming threats during that shift.

Tend the Wounded: Whenever the party takes a short rest with the healer present, every Hit Die spent heals 2 additional hit points. You have to help the healer keep their healing kit stocked, though; spend 50 gold whenever you have significant down time.

Fade Away: During any round in which nobody used one of the burglar’s abilities, decrease that hireling’s peril die by two steps.

Locks and Traps: The burglar will unlock a lock or disarm a trap for hazard pay. Hazard pay is at least 5 gold, but as much as 20, depending on how dangerous the task is. If the task is at all dangerous, increase the burglar’s peril die by one step and roll it immediately. If it’s really dangerous, increase the peril die by two steps and roll it immediately.

Burst of Fire: Increase the mage’s peril die by two steps to deal 5 damage to each enemy in a group, provided they’re all within a 10-foot radius sphere.

Scholar: During a short rest, the mage will identify any magic item, appraise any mundane item, or decipher any script (within reason) for 10 gold apiece.

3 thoughts on “Hirelings in Peril: An Option for Your Fifth Edition D&D Game”