Skip to content
Home / Delve into the Depths in the Kobold Blog / Alternative Adventures: The Mystery 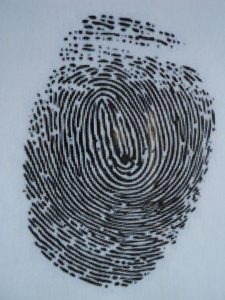 There’s no denying that the Iron Guard, often referred to as the Brute Squad once they’re safely out of earshot, is a force to be reckoned with on the battlefield. It was their prowess working as a team on the front that caught the eye of the lord mayor, but they have a new task now. Find out what is making the strange noises in the woods and what’s causing children to disappear without a trace.

No one seems to know what’s happening, but can the Iron Guard discover the truth before another strange symbol is found carved into a tree and someone else’s child goes missing?

The Elements of The Mystery

A mystery comes in two parts: the Nut and the Shell.

The Nut is the actual explanation to the mystery. For instance, the Nut is knowing that the Shantazan Emerald, which went missing mere hours ago, was taken by someone still in the house and secreted in a bottle of green liquor. The Shell is the layer of mystery and misdirection that the players have to dig through in order to get to the Nut. So, for example, the party would need to find the physical marks left by the thief and conclude that he had not left the house. A search of everyone in the place would show no one had the stone on them, so it was clearly still in the house. But where?

The difficulty with mysteries is that you need to be sure they are difficult enough for the party to have to work in order to find the solution but not so dense that only a high roll on a certain skill allows them to progress.

That’s why it’s best to start with what actually happened and then work your way outward from there. So, for example, say that a nobleman has been spending time with several common girls. Several of them have had children by him, and this represents a problem for his family’s reputation and for the rights of succession. So what actions do the nobleman’s family take? Well, they might task someone to steal the children and possibly kill the mothers. If it’s a family guard, does their accent give them away? Did someone catch a glimpse of livery, either on the enforcers or on their horses? Alternatively, if the job was hired out, did the mercenaries use a signature weapon? Did they go too far, turning a kidnapping into a killing? Or are the murders a way to throw off suspicion, covering the smaller crime with a more gruesome one so that no one is looking for the children?

There are a dozen ways a party could choose to investigate this situation. For example, someone with a high Perception or Survival might try to recreate the crime scene, going through the motions of the murder based on the physical evidence. Someone might, at the GM’s discretion, be allowed to use Sense Motive to understand why someone would commit a crime this way or to get the impression that it was staged and that the scene was made to look a certain way in order to cover something up. Characters who have a high Diplomacy might interview witnesses, canvas the neighborhood, and keep their ears open to catch talk in bars and on street corners to see if anyone saw something. If the party cluefinders are sure someone knows something and can’t get that someone to talk, that might be the time for the party muscle to grab them and roll an Intimidate check to get the information. Those with access to spells like speak with dead could ask questions of the victims and learn key facts about what happened.

One of the most important things to remember about the mystery is that there are people who don’t want it solved. So, if the party is applying pressure but not getting results, you have options to drive things forward. For example, the noble family might send agents to dissuade the party from asking questions. If the party takes prisoners, those agents could shine a light on who sent them and why. Alternatively, the person who did the killing might make a trade; he’ll tell the party what he knows in exchange for being allowed to walk away. One of the victims might have friends or family members who suspect the truth and who come tell the party about the regular gentleman caller and the missing child, pointing out details that might get the party’s wheels turning in a different direction.

Mysteries live and die by a GM’s subtlety. You need to leave the clues lying around where players can find them but don’t bash them over the head with plot hooks. Lean back in your chair, and let them work it out for themselves. You might be surprised at what your players come up with.

2 thoughts on “Alternative Adventures: The Mystery”